For the remainder of my two weeks in the Philippines, I switched between volunteering with the Project Pearls foundation, teaching at San Rafael Vocational and Technological High School, and participating in various school supply donations to local public schools. A typical day would last between 6 to 12 hours, depending on whether or not school was called off for a holiday or a weekend. 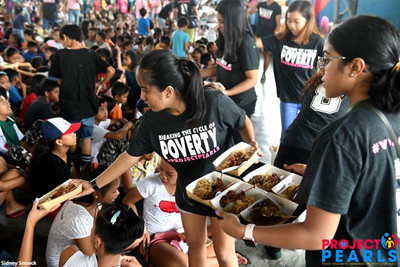 Sitting in the airplane on my way back home, it feels like the weeks went by so fast! I’ll start with what I did with Project Pearls. I would head out to Tondo from roughly 6 a.mm to 12 p.m. almost every morning to prepare and serve food and drinks, entertain, hand out clothes, and interact with underprivileged kids and their mothers in neighboring areas. The number of kids ranged from 150 to 2,000 depending on the day, and the age ranged from nursery school to 12th grade. Some nights were dedicated to fundraising for Project Pearls as well, whether it meant holding raffles, goods sales, or even assisting their sponsor companies with sales. I was lucky, as two of the days I volunteered were coincidentally the celebration of Project Pearls’ 8th anniversary, and I got to see festivities, speeches, and most importantly, the kids totally enjoying themselves! 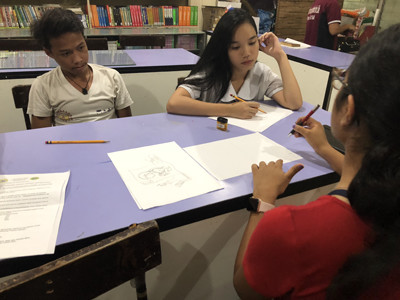 After Project Pearls I would head over to San Rafael, where I taught my poster-making class from 2 - 5 p.m. In truth, it was more of a club than a class, since attendance was completely based on interest, but I had three students who devoted three hours with me every time I taught, to learn the science and skills behind poster-making for a competition they will be participating in on August 29th. Sadly, I had to leave before the competition, but I made them promise to let me know how they do!

The final ‘project’ I worked on while I was here was school supply donations, in which we donated more than 2,000 school supplies to two local public schools, both, for some reason, under the same name: J. Zamora Elementary School. The focus was notebooks, handing out 3-4 per student, for grades 1-5. These school supplies were funded by a nearby university, and focused on encouraging the kids to stay in school, as the dropout and drug rate of children for that area are in desperate need of being lowered. Overall, my stay in the Philippines was amazing, and I am more than grateful to Shady Side for making it possible for me to come all the way out here to do what I did. 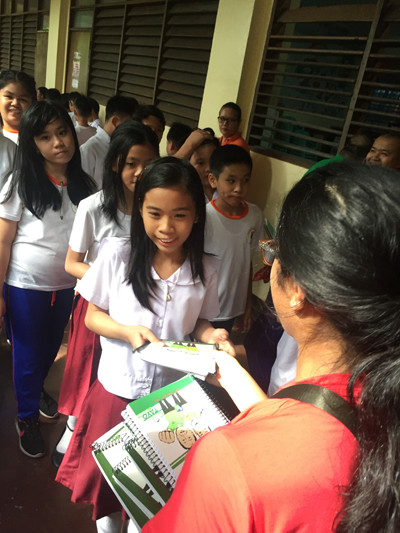 The production of the chatbot is still underway, but going strong, and shows promise for helping many of the San Rafael kids with their future endeavors in mathematical fields. Many, many thanks to Mr. Parkin and the Parkin Committee for helping me do this, and I am extremely lucky to have experienced such an enriching two weeks during my summer!