As flight UA3511 descended over San Jose, Costa Rica, the gentleman next to me chuckled. My face was pressed against the airplane’s window, and I stared wide-eyed at the landscape below me. Quite honestly, between sprinting across the airport to catch a connecting flight and frantically ensuring the safety of my passport and boarding pass, I almost lost sight of what the true purpose of my journey was. Now, as I gazed over the mountainous terrain, I felt as I had fallen into the world of Jurassic Park! The experience of a panorama of fog rippling across rainforests and kissing snowy peaks is one that I’ll never forget. 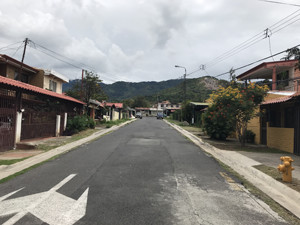 By the time I met Mariana, the driver who was to take me to my host family, however, that excitement had all but vanished. As it turned out, I was far less adept at speaking Spanish than I had previously acknowledged. Although I have studied the language for several years, immersing oneself in a culture founded upon the Spanish language, with unique phrases and a rapid conversational pace, initially proved difficult. As we pulled into my host family’s residence, the flurry of greetings and instructions, especially after twelve hours of travelling, felt overwhelming. With my suitcase and coat in hand, I was practically sprinting after Roxieres, my host mother, as I attempted to glean the meaning of her speedy Spanish instructions and introductions. I was able to understand what Roxieres was saying, but on this first day, I felt a sense of apprehension. 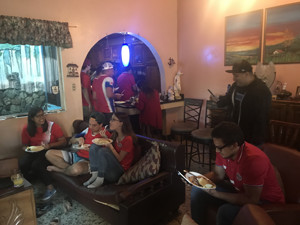 Life with the Cespedes-Castro family, however, slowly fell into a rhythm. As it turns out, we had more similarities than differences, and they warmly welcomed me into their family. I met Roxieres’ husband, Rafa, whose favorite pickled mangoes, I was told, would burn my tongue off. I was also introduced to Roxieres’ and Rafa’s grown children, Pablo and Joaquin, who were avid video-gamers. By dinner on that first day, a delicious mix of fried plantains and rice, we were laughing and conversing dynamically, as Pablo explained to me the nuances of Costa Rican slang. Over the weeks, I refined my Spanish-speaking capability to a proficient level; as it turned out, however, our shared interests bridged us beyond a purely lingual level. Joaquin and I avidly discussed Fortnite strategies (amusingly, people love Fortnite, regardless of their home nation or mother tongue), while the entire country sat on the edge of their seats in anticipation of the upcoming World Cup. Rafa and I vehemently disagreed on the merits of futbol stars Lionel Messi and Cristiano Ronaldo, but together, we passionately followed the group stages of the 2018 FIFA World Cup tournament. Costa Rica was utterly engrossed by the event, and more than once, I was woken at six o’clock by the raucous noises of a World Cup fan party that the Cespedes-Castros were hosting. The relaxed attitude of the Santa Ana suburb overlapped with the festive futból culture, a juxtaposition that made my stay vivid and exciting. 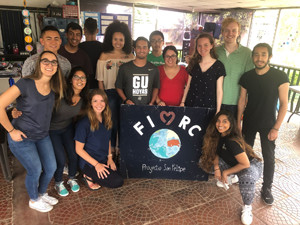 Santa Ana was nestled in the foothills of a large mountainous range, where the temperature was balmy and the weather prone to sudden change. The quaint environment of street-side residences contrasted with a Westernized retail facility approximately one mile up the road, but the ambience remained surreal. Santa Ana’s natural beauty and small-town charm, however, starkly differed from Alajuelita, the impoverished, densely-populated region where I served. While in Alajuelita, I worked with the Foundation for the International Medical Relief of Children, (FIMRC) an international non-profit organization that provides critical health services to underserved populations. The inhabitants of Alajuelita, alongside the districts of neighboring San Felipe, San Josecito, and Concepción, grapple with obesity, hypertension, diabetes, asthma, and other illnesses. The prevalence of these diseases is exacerbated, oftentimes, by lack of knowledge, financial constraints, and cultural norms. For instance, diabetes and hypertension in the region are associated with copious quantities of salt, oil, butter, and sugar; these ingredients are traditional in Costa Rican cuisine, and due to their affordability and accessibility, alternatives are not often realistic. Moreover, lack of understanding of these illness makes lifestyle modifications difficult and leaves patients reluctant to take medication. As I rapidly learned, FIMRC’s Project Alajuelita works tirelessly to change misconceptions and provide free medical and psychological services to local populations. Working with FIMRC exposed me to a different culture, allowing me to meet a diverse group of individuals who opened my eyes and broadened my perspective. And for that, I am truly grateful.