Moving around, whether by walking, jogging, running or pacing, is one of the most basic activities which unites all of humanity. Yet, how would our lives change if our movement was inhibited, or if we were completely unable to use one or more of our limbs? The powerful dilemmas posed by this question are all too real for the millions of people who reside beneath the poverty line and live with physical disabilities or amputations. These individuals, often forced to desperation by the lack of opportunities in their community coupled with the hurdles of their socioeconomic status, must overcome the social stigma related to their handicap. Yet, they must also manage to get back onto their own two feet and to embark on a new chapter in their lives. 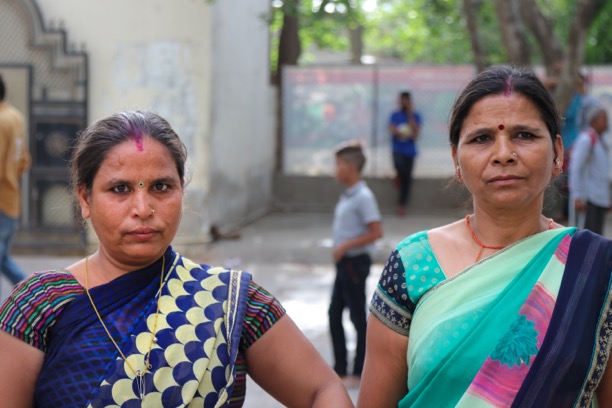 Often times, especially in developing countries, these individuals simply do not have the opportunities to rise above these hurdles, but tucked away in a small corner of arid, northwestern India is a group of intrepid individuals working tirelessly to change that. These social shakers, led by Mr. D.R. Mehta, make up a group known as the Bhagwan Mahaveer Viklang Sahayata Samiti, or “Jaipur Foot” Institution for short, a world-renowned NGO which provides free prosthetic limbs, calipers, and other mobility devices to millions of poverty-stricken individ uals around the world. Their prosthetic limbs, with a simple, lightweight, and durable composition, are the most widely used of their kind in the world. Furthermore, their cutting edge technologies have created a unique synergy in synthesizing speed, precision, cosmetics, and functionality, allowing users to walk, squat, sit, run, climb, bike and swim, making the institution the world’s largest organization for the handicapped and helping it attain special consultive status with the Economic and Social Council of the United Nations Organization.

The center’s employees, who are often themselves fitted with the institution’s prosthetic devices, use rudimentary, homemade tools to get the job done. With these and other intense, cost- saving mechanisms, the organization has transformed the lives of roughly 2.4 million beneficiaries worldwide on the modest budget of around just 4.5 million U.S. dollars per year; as the founder and chief patron of the Jaipur Foot Institution, Mr. D.R. Mehta explains, the group’s overhead administration costs are only around 4% of their annual budget, amongst the lowest of any NGO in the world. Mehta even apologizes for not offering the guests of his institution tea, in an effort to save even the smallest amount of resources to aid the patients he serves. Directors even bring their own water so as to help save the vital funds required to help their many patients, of which an estimated 90% reside beneath the poverty line, with the best care possible. 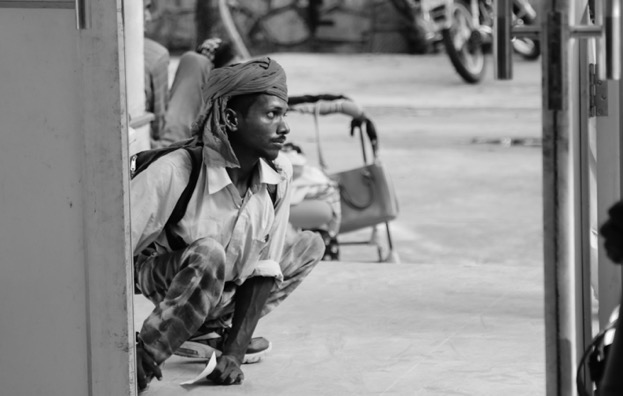 Yet, despite its looming presence on the international stage, and contrary to what one would imagine, this group is no ordinary scientific foundation dedicated to social betterment. Instead of being composed of state of the art centers and well-paid executives, the group’s branches are set in ordinary surroundings without luxurious comforts. Mr. Mehta’s direction of the globally-reaching institution occurs from his large brown desk, stacked high with papers, books, pamphlets, and projects, which he shares with his diligent secretary Mr. Khaleel. As Mehta spends his days compounding social change from this small green room packed with chairs, hints of his own powerful prestige from his many years as an authority in the Indian Government are nearly impossible to notice as he humbly assesses the foundation’s financials, creates new partnerships to improve patient care, and seeks to find new ways in which he can aid his charges.

In the tall white building across the simple packed-mud courtyard, patients sit and wait for fittings beneath a large, black plaque of a generous donor. The center’s workers bustle around in a flourish of white lab coats while plaster dust, sparks, and the flakes of high-strength polymers whiz through the air to the rhythmic clanging of machine drills, and industrial mixing vats.

Then one notes the climate. Jaipur lies at the edge of one of India’s hottest regions, the Thar Desert, not that far from the rocky dunes of Arabia. In the early and mid-summer, the temperature in the city routinely soars to the low 100’s before the monsoon, and, in order to nobly utilize their funds for patients rather than staff luxuries, there is of course no air conditioning.

Undeterred by the occupation’s apparent intensity, the clinic’s employees never cease to smile and to carry out their work with love, compassion, and tenderness. They rise each day to toil again in fitting, sculpting and shaving sheets of plastic and plaster of paris into limbs, shedding their own comforts to aid their fellow man with the gift of motion, and allowing him to reshape his life both physically and mentally.

Despite the acute hardships and pains associated with the impoverished Indian amputee community, among its members there is a tangible sense of solidarity. Within the centers confines, they foster an environment of care, support, and tenderness in direct contrast to their forceful surroundings. As the technical innovations of the “hard sciences,” remold patient’s lives from the exterior, their mental empowerment, through the “soft sciences” of communication and social exposure, engenders growth and progression unprecedented to the society around it.

It is this level of compassion which leads Mr. Mehta to herald the principle as “a basic pattern of human nature...[and] a philosophy common to all religions.” In his own theological beliefs of Jain spirituality, Mehta notes that the Jain prophet Bhagwan Mahavir, or the “Lord of Compassion,” as Mehta affectionately calls him and after whom the center is named, states that all living beings are one’s friend. Mr. Mehta goes on to explain that a friend is one who helps; he states that since all beings are one’s friend, if a being is in need and you does not aid them, “then what kind of friend are you?”

The naming of the institution’s Jaipur headquarters after this religious leader and his peaceful teachings is meant to remind staff, patients, visitors and administration alike to live their lives honestly in spreading kindness and joy and in the pursuit of serving others wholeheartedly. Mehta’s fruitful endeavors to advance these ideas in his own life fuel him each and every day, as, despite his over eighty years of age, he and his staff regularly circle the globe with medical camps for those who cannot travel to them. 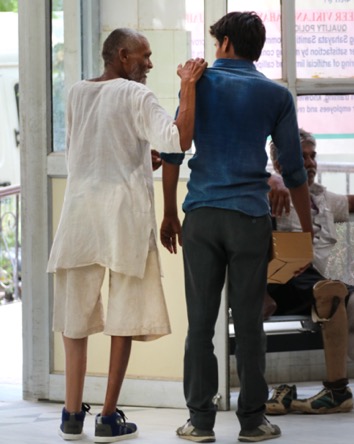 Although Mr. Mehta has often been urged by economists and financiers to charge even a minimal amount to his organization’s patients to secure his annual budget, Mehta wholeheartedly refuses. He reminds them that he is not “in the game of seeking appreciation” or garnering prestige, but rather that he is in one of aiding others. Mehta notes that his institution is first and foremost a social organization, and that if it starts to charge its beneficiaries, then the first ones to be affected will be the poorest of the poor, the very people who the group sets out to serve. If the administrators were to do so however, then Mehta dictates his belief that they would be straying away from their purpose, and that their “character [as] a social organization will be gone.”

He often mirthfully remarks, that the joy he receives from his work has a value and worth that is “unlimited and priceless,” and that what the gains in self-fulfillment are far more than one the patients receive in aid. This unique philosophy, which exists in stark contrast to many of the modern world’s corporate ideals, is an entirely different model of healthcare.

As Mr. Mehta described in a recent interview, “it is a healthcare model based upon compassion where the critical factor is the deed, not the payment.” Mehta, who himself was the chairman of the Securities and Exchange Board of India (the Indian equivalent of the SEC), advises that this model must make its way into the other realms of medical management, and would be especially useful in nations such as the United States where considerable portions of the general population are forced to refuse medical care simply due to their inability to afford it.

When patients first arrive at the Jaipur Foot Institution, they often struggle to reach the front door and seem as if their identity as a whole is in question. However, when they leave, they have been unrecognizably changed: rejuvenated and uplifted with a newfound sense of pride and dignity. As Mehta describes them, their “sorrow [has been] turn[ed] into a smile.” Despite all the challenges that still lay ahead, they remain optimistic about what their future has in store and seem endowed with limitless tenacity, excitement and of course-their own dose of compassion.