Upon arriving in Uganda, I had no idea what to expect. After 30 hours of traveling, I made it to the Entebbe Airport in Uganda late at night, was picked up by the school director, and had an hour drive to the school I would be working at, which was located 10 miles east of Kampala. I was soon introduced to Ugandan culture. I was already nervous driving at night through an unfamiliar place where not everyone has headlights on their vehicles which causes many accidents and deaths. 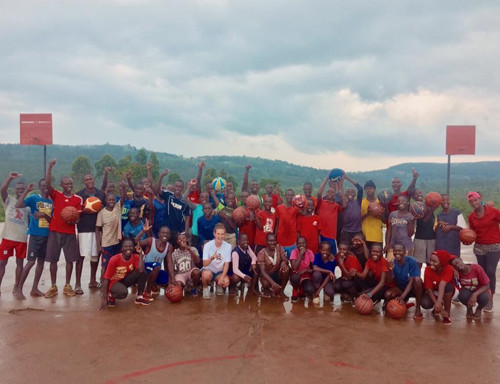 As we drove along dirt roads with no road signs, lights or GPS to the school, I soon realized the underdevelopment and disorganization of the country and prayed the driver knew his way. We drove through a market area through the new highway which was supposed to be finished in 2007 but finally just “finished” in 2018, and we neared a split in the road that separated into two highways. Despite there being soldiers to direct traffic, it was still very unclear which was the right way so we kept going straight and hit a construction block. As we pushed the block in an effort to keep driving we noticed cars coming the opposite way at us! We quickly avoided them and did a couple U-turns to get onto the other side of the highway which we realized must be a one-way. But there were still cars coming the opposite way after making it to the other side of the highway and I had to keep my eyes alert for lights in the distance.

After somehow making it off the highway alive we got onto the bumpiest dirt road that eventually led us to the school where we came upon a huge gate with 6 armed guards on duty. I realized this is just what life is like in Uganda: chaotic, disorderly and often dangerous. After a couple days at the school, I learned that it had been raided by rebels that bloodied the guards just weeks before looking for the head of the school, Allen Vivian, for money or to possibly kidnap her since this is common in Uganda. It was then that I realized the gated entrance, enclosed wall surrounding the campus, 24-hour armed guards, and metal bars on the doors and windows were essential for the safety of the students and faculty that lived on the campus.

I never would have imagined I would be able to connect with and create good friendships with girls living in a country half-way around the world where I felt like I was living in a different world in a different time in history. This is a culture where women are taught to kneel to any adult man they meet and act as servants to them. I experienced this as the norm while staying at the AVRS School in Uganda. As an example, the head of the school in Uganda is a woman, Allen Vivian, whom the school is actually named after; yet, since she is a woman she would not sit at the table to eat dinner with the American president of the school, Richard Stanley, because he is a man. Instead, she cooked the dinner for us and ate in the kitchen with the house-girls. I became close with the house-girls, Carol and Margaret, who cook and take care of the guest house. They took care of me when I was sick, hugged me, wrapped a blanket around me while I slept, and always kept a close eye on me and asked, “Do you feel better now?” Carol even went out to the village and bought me some bracelets and snacks to cheer me up. We often watched Bollywood together in the evenings and danced together.

By the end of my time in Uganda I had developed strong friendships with the house-girls and got them to sit at the table with Mr. Stanley. This was a big deal because women in their culture are forbidden from sitting at the table with men and it was their first time doing so. I realized how much respect and love the house-girl Carol had for me when I got home and she was messaging me on Facebook everyday saying, “How can I be sad when I have someone special in my lyf. Ure that person am talking about love you big sis” and when I ask how she is, she replies, “Am ok just missing u only.”

I didn’t realize the lasting impact my time in Uganda had on the girls at the AVRS School until I was back home and I realized how inspiring it was that a girl was teaching a sport, and not only that but teaching boys in a culture where men have little respect for women. I hadn’t realized how big of a deal it was that I was teaching boys, the male basketball coach and some teachers, who surprisingly were willing to learn from a girl. I was able to be in a unique situation where I was able to inspire the girls and show them that they can be leaders, too. 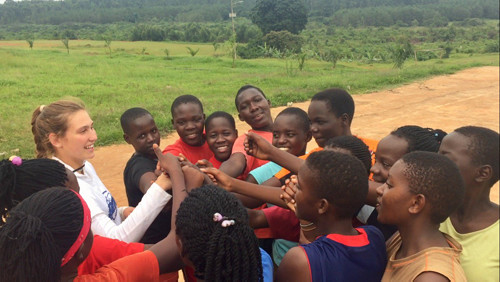 Despite living in a starkly different culture than Uganda, I was able to create lasting friendships with the girls and boys and also give some inspiration to the girls. Nearing the end of my trip I spent the whole Sunday hanging out and playing sports with two girls my age, Garrett and Joan. We spent the day learning about each other and our very different cultures. Surprisingly, it felt so normal, like I was with my friends at home. We seemed to have similar passions and goals in life. While their future is very uncertain, they have many goals. There are very limited opportunities for girls in Uganda and the reality is that most women become mothers at a very young age and take care of their children on their own.

Wherever they end up in life, I am grateful that I was able to meet these amazing girls and give them some inspiration because they inspired me with their faith and work ethic and how they are creating something of themselves in a world where there is little hope for women.