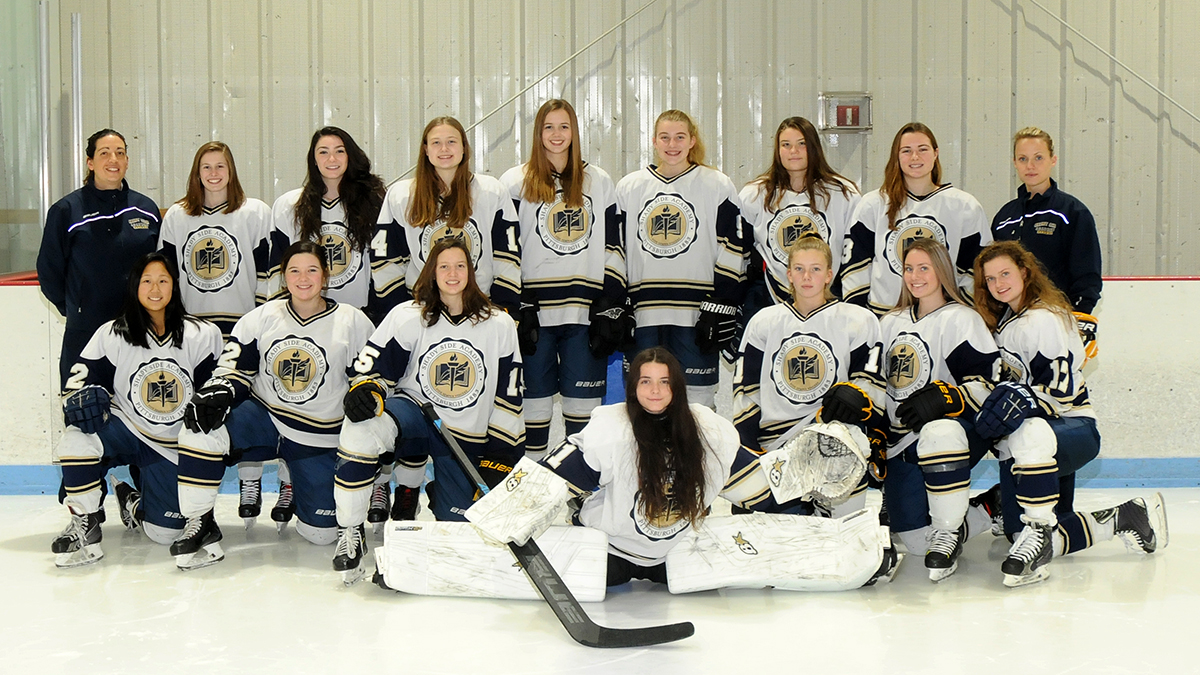 Shady Side Academy has been setting the standard of excellence for hockey student-athletes since 1996. SSA offers six teams for boys and girls in grades 6–12 and boasts a state-of-the-art, on-campus ice arena for games and practices.

The girls' prep team plays a competitive schedule and competes in the Women’s Interscholastic Hockey League of the Mid-Atlantic (WIHLMA). On- and off-ice practices are held five days a week.

Kate (Michael) Binnie is a former Division I ice hockey player at St. Lawrence University, where she played for four years and was chosen as a co-captain her senior year. During her time at St. Lawrence, she helped lead the Saints to three Frozen Four appearances. Coach Binnie grew up in the Sewickley area playing for the Quaker Valley boys team as well as several boys and girls travel teams. She has been coaching since 2008 with Pittsburgh Elite’s AAA girl’s hockey program.

Pamela (Ciardi) Lloyd has been coaching at Shady Side Academy since 2005. She grew up in the Pittsburgh area and played on both her high school boys' ice hockey team and competitive girls' travel teams before earning a degree in elementary education services from California University of Pennsylvania. Coach Lloyd is also the head coach of the Shady Side Academy Middle School girls ice hockey team.

Britton Wean '02 has been an assistant coach with the team since 2013. After graduating from SSA, she attended St. Lawrence University, where she majored in art and minored in education and anthropology. She taught art at Trinity School in Atlanta and worked for a residential builder and real estate broker in Mississippi before returning to Pittsburgh in 2012. She currently works as Fox Chapel Country Day School's director of development and marketing.