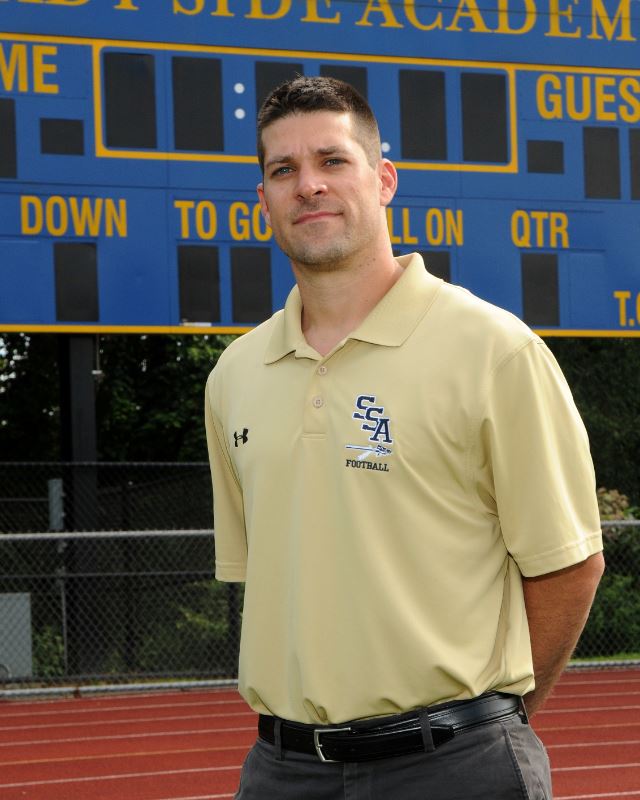 After 11 seasons as an assistant at Shady Side, Chuck DiNardo took over as Head Coach of the SSA football program in 2017.

Prior to returning to Shady Side, DiNardo acted as Offensive Coordinator at Fox Chapel for one season under Tom Loughran.

A Shady Side Academy graduate (Class of 2000), DiNardo was a former team captain and played for coach Art Walker and Athletic Director Gene Deal.

DiNardo played for a Shady Side program that won the 1998 WPIAL Championship as well as back-to-back Allegheny conference titles.

DiNardo earned his Bachelor’s degree in Communication Arts from Allegheny College where he played strong safety for the Gators. He earned his masters degree in Elementary Education from Chatham University.

DiNardo acts as the Strength and Conditioning Coordinator for Shady Side, working with all students and team sports on performance enhancement.

A native of Pittsburgh, Chuck resides in the nearby neighborhood of Stanton Heights.