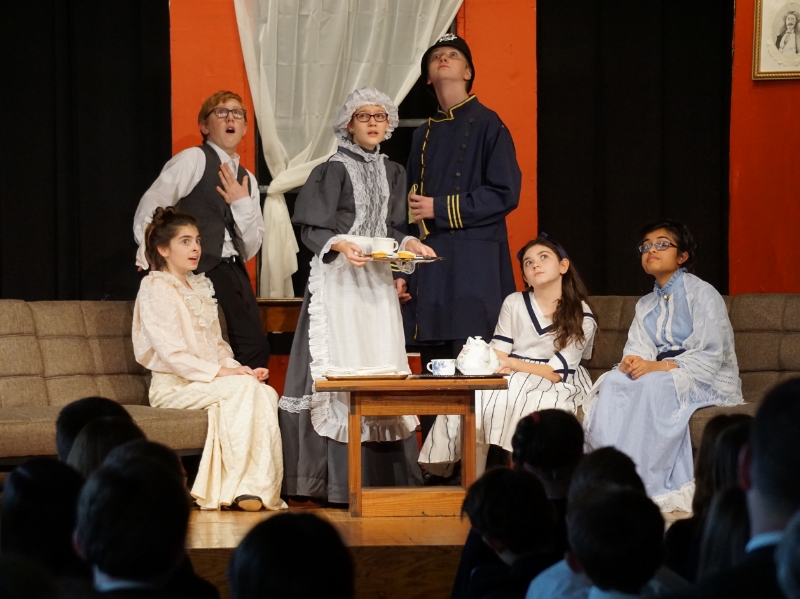 Throughout the year, every Country Day School class plans a play and performs it on stage in front of a larger school and parent audience. By working together on a common performance project, the students learn the true meaning of community. While having a great time, they develop confidence, self-discipline, coordination and mutual support. Annual traditions include the Halloween Show, Holiday Show, First Grade Play, Second Grade Play, Grandparents & Special Friends Show, Fourth Grade Puppet Show and Spring Show.

In the Middle School, theatre is offered as an option during the daily athletic/activity period in the fall and winter terms, giving any student the chance to be part of the Fall Play or Winter Musical. Through daily rehearsals, students hone performance skills and learn all aspects of a theatre production, both in front of and behind the curtain. These term classes culminate in main-stage productions with three performances for students and family. Nearly 25 percent of the student body participates in the cast and crew of these annual theatre productions.

The Senior School Gargoyle Society presents three major theatrical productions each year: the Fall Play, Winter Musical and spring Original Works Theatre Festival, which is a collection of one-act plays written by students in the English Playwriting elective. Students can become involved in the productions as cast members, assistant directors, dramaturgs, stage managers, set designers, technical crew members and more. In some years, student writers have adapted an older play to modern-day language and setting. Every two years, students have the opportunity to travel to Scotland to perform in the Edinburgh Festival Fringe. Students participating in the Winter Musical receive PE credit. A one-credit Acting course can be taken to count toward the arts requirement.