Lloyd Fales '84: Documenting Life Around the Globe, from Penguins to Politics 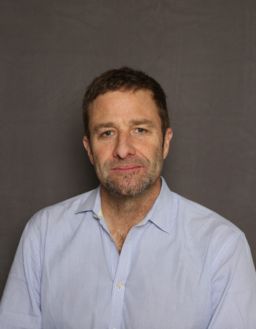 In his never-ending thirst for a great story, Lloyd Fales lugged his camera, tripod, lenses and lots of extra batteries down a mile-long rocky slope at Cape Cozier on Ross Island in Antarctica. There, amid howling wind and bulky equipment that sometimes seized up in the frigid conditions, he documented life in one of the world's largest Adélie penguin colonies – some 500,000 knee-high birds – as they waddled the icy beaches at breeding season.

For a month, Fales also captured the work of penguin scientists studying this population and others on the Ross Sea. At the end of each day, the documentary filmmaker would haul his equipment back to camp climbing into his tent, utterly exhausted.

The challenging adventure paid off. Return to Penguin City, an award-winning documentary funded by the National Science Foundation, aired on Animal Planet and was distributed in DVD form to middle school classrooms across the country.

That is just one of the many documentaries Fales created before landing his most recent job as an executive producer for Peacock Productions, a division of NBC News. The Emmy award-winning production company creates nonfiction series and specials for networks such as Discovery Channel, National Geographic, Sundance, MSNBC and Oxygen, as well as streaming services such as Netflix.

In one sense, sleeping in a tent in Antarctica prepared him for a different kind of extreme: the rough-and-tumble world of politics, where he has overseen episodes of MSNBC's Headliners series on Democratic presidential candidates Pete Buttigieg and Beto O'Rourke, former First Lady Michelle Obama and NBA superstar LeBron James. The specials are hosted and narrated by MSNBC/NBC News correspondents such as Lester Holt, Katy Tur, Jacob Soboroff and others. Fales works in the media hub of 30 Rockefeller Center in Manhattan, where he occasionally finds himself sharing elevators with Saturday Night Live cast members and other celebrities. 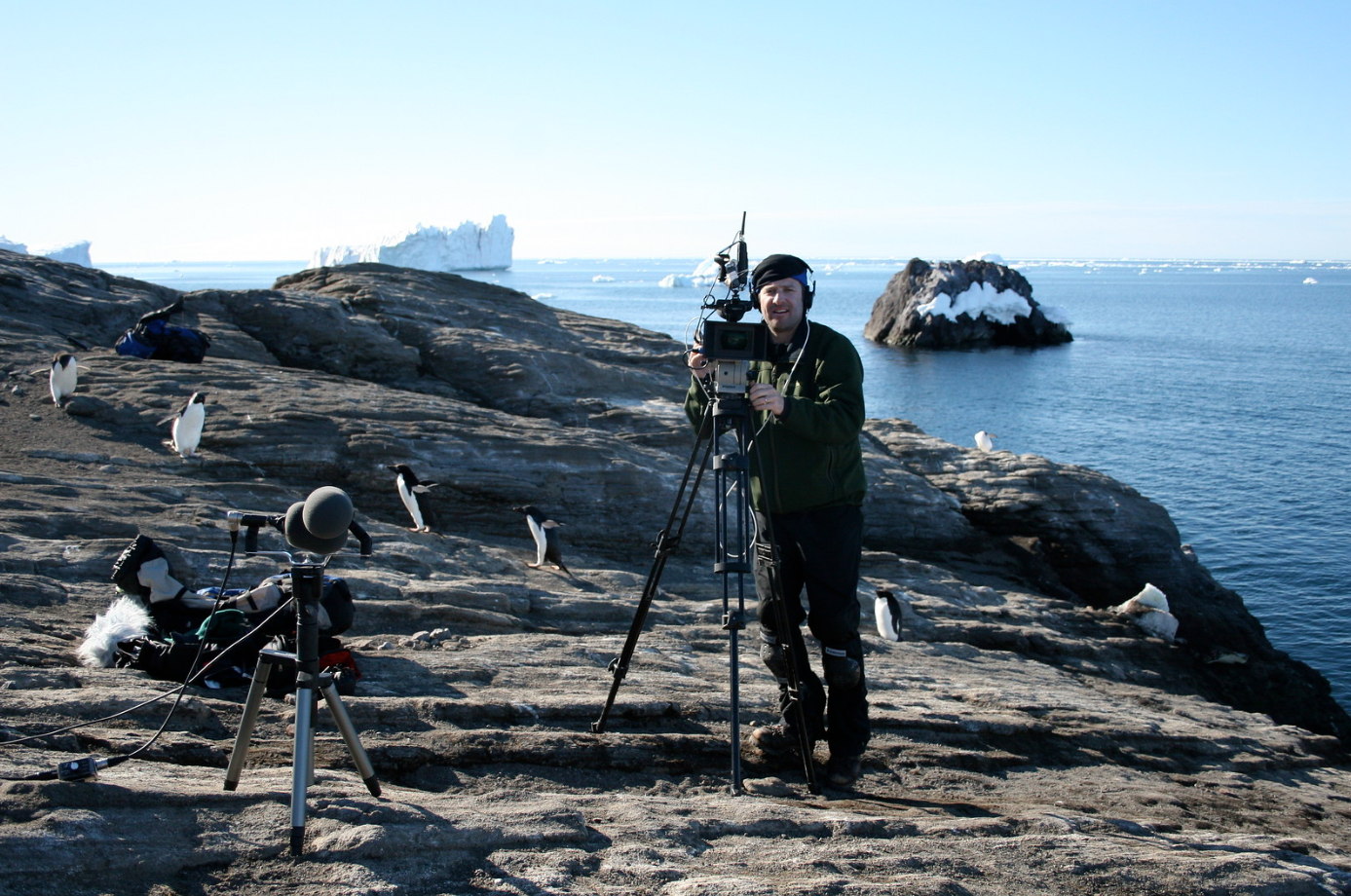 Riding the current popularity of true-crime documentaries and podcasts, Fales has also shaped numerous stories that examine the darkest side of human nature. He has overseen several series for Investigation Discovery including Deadline Crime with Tamron Hall and, most recently, Keith Morrison Investigates: A Fatal Confession and Oxygen's The Disappearance of Crystal Rogers.

As executive producer, he works with producers to craft story treatments, plan shoots and interviews, and then revise scripts and cuts to sharpen story arcs. In the ultra-competitive space of true crime stories, he's on the lookout for stories and reads headlines and reaches out to police sources to see if they are willing to talk about their cases.

"There's been so much viewer interest in this genre. In addition to the traditional murder mysteries, we try to highlight issues like domestic violence or sex trafficking or wrongful imprisonment to shed light on those problems," said Fales.

For example, on an episode of Deadline: Crime with Tamron Hall called "The Death Chat Room," his team told the tragic story of a college student who killed herself after being egged on by a sinister man posing online as a sympathetic woman.

Bryan Cole, a fellow filmmaker who started Sweetspot Pictures with Fales in the early 2000s and then continued it on his own, said he is not surprised that Fales landed such a prestigious job. "He is a storyteller. With every one of his stories, there is a bit of intrigue, a deep understanding of what compels an audience to feel connected," Cole said. "He brings people in with his writing, his shooting, the type of characters he interviews. He's a complete filmmaker."

Fales grew up in a New York City suburb, the son of a filmmaker and public television executive, Danforth Fales, who started out in the 1960s working for Bob Drew and Jim Lipscomb, two pioneers of American documentary filmmaking. His father began as a sound recordist and producer on films that covered a range of subjects from ballet dancers to boxers, to test pilots and the New York City Bomb Squad.

"I was lucky to have grown up seeing his enthusiasm for film and hearing his wild stories," Fales said of his father. "He showed me that filmmaking and television were possible career paths."

"I never pushed Lloyd into the business," Dan Fales said.

He didn't have to. Even as a boy, Fales would make his own films in the backyard using Super 8 film and then the first consumer camcorders, a new piece of technology that would help revolutionize documentary filmmaking at the time.

The family moved to Pittsburgh after Dan landed a job as vice president at WQED. Lloyd started his first year at Shady Side Academy as a sixth grader in 1977. In high school, he befriended David Catlin '84, who was a gifted actor. "Catlin brimmed with creative superpowers that inspired me and others," Fales said of Catlin, who would go on to co-found the Lookingglass Theatre Company in Chicago and teach at Northwestern University.

For an independent project in their senior year English class, Catlin and Fales wrote a script about four teenage boys who went through a tumultuous period when the brother of one of them gets killed during the bombing of the Marine barracks in Beirut in 1983. The script, which won an award from the English Department, was turned into a movie with Fales behind the camera, Catlin directing, and three other friends acting – Rick Munroe '84, Larry Resick '84 and Huw Pierce '84.

In 1984, Fales started film school at Ithaca College and shared the same dream as most of his classmates – to become a Hollywood director. "We ended up making these mostly terrible student films, but we learned a lot."

But it was a documentary class that made everything click for Fales. Like his father, he found his passion in telling nonfiction stories. After graduation, he was mesmerized watching Errol Morris' Thin Blue Line, the 1988 true-crime documentary about Randall Dale Adams, a man sentenced to death for a murder he did not commit. 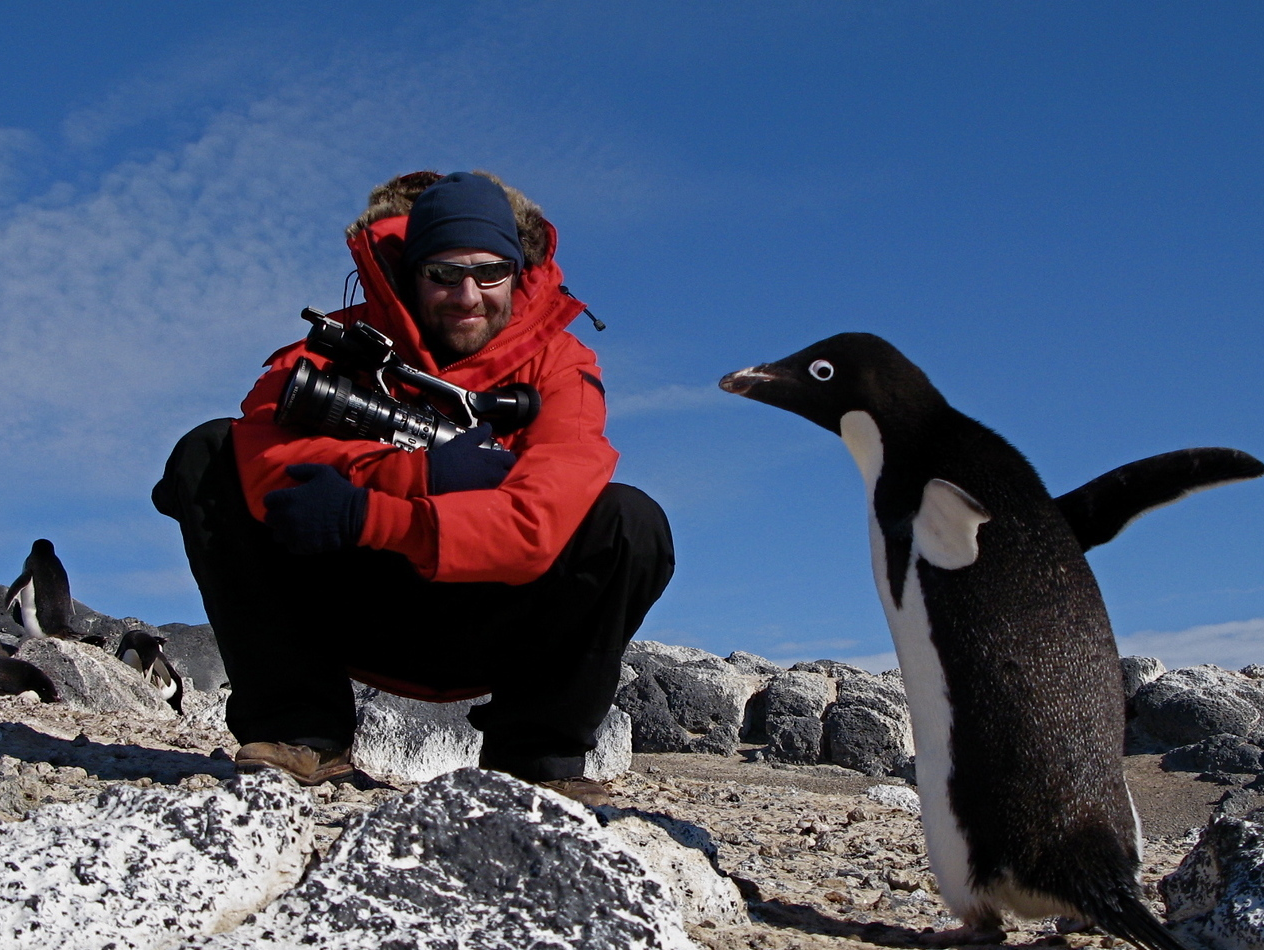 Fales was devoted to his craft, but it was tough to break into the brutally competitive industry. Five years out of film school, Fales was hustling for associate producer gigs, the stepping stone to becoming a producer. In 1993, he and his father were walking around New York City when Dan Fales called his old pal and colleague, Jim Lipscomb, a documentary filmmaker whose work has aired on National Geographic, Discovery and PBS.

Lipscomb mentioned that he happened to be looking for an associate producer for his latest project, a National Geographic film about the historic flood that was building in the Midwest. Soon after, Fales joined the team in Saint Genevieve, Mo., where the residents were desperately filling sandbags, trying in vain to hold back the cresting Mississippi River. The documentary was a formative experience for Fales as he helped capture the anguish of people as they watched the levees break and their world wash away.

As he had done for Dan Fales in the 1960s, Jim Lipscomb mentored Lloyd, sometimes allowing him to step behind the camera to interview the distraught residents. After one shoot, Lipscomb took the rookie aside and gave him some great advice on interviewing. "The person you're talking to might pause after saying something, but don't jump in too soon with your next question. You don't want to cut them off and miss something great. Don't be afraid to let there be a moment of silence."

The documentary, called Can't Drown This Town, also touched on environmental issues, such as the desire of many residents to rebuild their homes on flood-prone land, an increasingly complicated question as climate change accelerates.

Climate change also was a central theme in his penguin documentary.

As script writer, Fales didn't sugarcoat the opening. "There's no doubt about it," stated the first line of the 2008 National Science Foundation-funded DVD. "The greenhouse gasses we've been sending into our atmosphere are warming the Earth and transforming our planet."

Fales' sense of adventure was also evident on a shoot he and Bryan Cole did for Search for the First Dog, a 2003 National Geographic film about the origins and evolution of dogs. The film sent Fales to Israel and India, and onto Australia and the highlands of New Guinea where he met up with Cole to look for the country's legendary singing dog, a primitive, dingo-like canid hardly ever seen in the wild. Fales, Cole and a local biologist traveled to a small and remote village where a local clan agreed to guide them up the mountain to look for the dogs.

Near the top, the group set up camp, and everything was going well – until another tribe carrying machetes barged into the campsite. An argument ensued. The mountain was disputed territory and the rival clan was angry at the presence of Cole and Fales who they accused of being gold prospectors. Their denials didn't convince them otherwise, but tempers eventually died down, and the filmmakers, having recorded audio of what their guides believed was the howling song of a singing dog in the distance, went to bed without incident.

But the next day, as Fales was filming a hillside, Cole looked back. Flames were shooting up from the ground behind them. The rival tribe was sending a clear message: get off the land.

"One minute," Fales said, as he finished the shot.

That dedication is one of the reasons he was hired at NBC in 2008 and has continued to excel as an executive producer. His father, now retired from the business, looks forward to his son's future projects, whether they be political profiles, true-crime dramas or another kind of science docu-series "Lloyd has a great sense of story," his father said. "That's what it takes to build a film."

Fales lives in a suburb of New York with his wife and three kids. He hopes that someday one of his children will discover the same passion for recounting real-life stories just as he did from his own father.