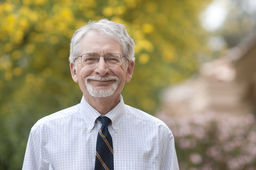 When Lance Labun boards a plane, he wears a wool jacket, cotton socks and a long-sleeved cotton shirt. He believes a person should dress up for flying, but his wardrobe is more than a sartorial choice. He wears natural fabrics because he knows that synthetic ones melt in the event of a fire, which would decrease his odds of surviving a crash.

Once he takes his seat, he listens to the fl ight attendant as he or she reads the safety instructions aloud and checks the seat pocket in front of him for the card with the same information. And yes, he even pivots in his seat to count the number of rows to the nearest emergency exit.

But Labun is not a fearful flyer who winces at every bump or patch of turbulence. The man who sometimes pores over crash reports at 40,000 feet is a safety engineer who analyzes crash statistics as a way to make air travel safer. "I find it fascinating," he said.

For the past 27 years, Labun has worked to increase the likelihood of passengers surviving a crash. He has conducted an in-depth analysis of previous helicopter and airplane crashes to develop practical improvements of aircraft equipment and safety measures. In classes for aviation professionals from around the world, he passes on the crucial findings so that passengers are more likely to walk out alive even if the aircraft goes down.

"Planes are so reliable. They just don't fall apart," he said. "Of the airplane crashes that occur, many are survivable."

In aviation circles, Labun is credited with a new seat design in helicopters that has been shown to increase the odds of surviving a crash. Even if the vehicle loses power and goes down, the seats his team developed protect the passenger from the force of the impact.

"Lance has made big contributions to making aircrafts much safer, especially ones involved in crashes," said Jack Cress, who worked with him in the aviation industry.

"He is quite a guy. He has a very pleasant temperament and an inquiring, analytical mind. That has enabled him to build teams that make innovations that save lives. He is a real asset to the aviation industry, and our nation as a whole."

Labun said he may not have become a safety engineer had it not been for his well-rounded education at Shady Side Academy.

He entered Shady Side Academy Middle School as a boy who always had an aptitude for math and science. The school only deepened that appreciation. He learned "new math" in David Mancosh's class. "I felt like I was doing real math, not arithmetic." He also loved William Sayles' science class, where he learned how to calculate a star's location on any given night and time, and apply other scientifi c concepts to the world around him.

But without much writing experience from his previous school, he struggled in his English courses. He figured that literature wasn't necessary for an aspiring engineer, but a Senior School English teacher, David Britton, gave him a new appreciation of the printed word.

Other teachers had talked about great works of literature, but Mr. Britton brought it alive. Labun remembers learning Wilfred Owen's poem about a gas attack during the World War I. He can still recite the words:

Once he came to appreciate the power of great writing, he became motivated to learn to express himself in writing.

The day before winter break his freshman year, Mr. Britton had the students play a game that made a lasting impression on Labun. The students received colored geometric shapes glued to a piece of black construction paper. Their assignment was to write instructions on how to assemble the pattern for someone who only had the black sheet and loose pieces of colored ones. Labun worked hard, writing step-by-step instructions that would leave no ambiguity. Not only did he succeed at the game – the student who read his instructions recreated the pattern – but he learned something valuable. "It showed me how critical writing skills are, even in engineering."

After graduating from SSA, he went on to Stevens Institute of Technology in Hoboken, N.J. He began on an engineering track before switching to science, graduating with high honors with a B.S. in physics. At the University of Illinois at Urbana-Champaign, he earned an M.S. and Ph.D. in metallurgical engineering. It was there that he met his wife, Patricia, a fellow doctoral student.

He began his career at General Electric (GE), working there for 12 years as a senior metallurgical engineer and a manager at a plant in Ohio. Labun developed a process that helped convert copper alloy powder into copper wire. Every GE incandescent bulb manufactured in the 1980s and 1990s contained that wire. "It saved about a million dollars a year," he said.

In 1988, the year Labun turned 40, the family moved from Ohio to Arizona so his wife, Patricia, could take a job at Arizona State University's Center for Electron Microscopy, and Labun became a stay-at-home dad to his then-toddler son.

His son, also named Lance, remembers building models of wooden trains and playing with blocks and other construction toys. "We spent a lot of time building things and occasionally drawing things," said the son. Now a physicist at the University of Texas at Austin, he believes those early years with his father helped him to develop a sense of spatial reasoning. Father and son also bonded over Sesame Street and Mister Rogers . "He's a terrific father," Patricia said. "He's very kind and gentle."

After two years as a stay-at-home dad, Labun began looking for a new job, and his career took a turn down an unexpected path. Calling on the strong writing skills he had developed at Shady Side, Labun volunteered to write a newsletter for a materials professional organization. Th at led to an engineering job at Simula, a small research firm that developed crash-worthy seats for helicopters. He was hired to write proposals that would secure funding from government agencies. "Finding an engineer that could write a good proposal was challenging," he said. "I was good at it."

He didn't only write reports. He applied his scientific mind to critical safety issues in the event the helicopter lost power and started to go down vertically. He and his team of engineers helped to make improvements on the company's existing seat that would slide down on the frame toward the floor if the aircraft made impact. He likens the principle to lowering the spoon during an egg toss in order to prevent the egg from cracking.

"It reduces the force that is transmitted up the spine. It's all basic physics," he said. "It saves people from serious injury."

The original seats were developed for a medium-sized man. But it takes less force to injure a lighter person, and Labun and his team noticed a growing number of female pilots. "We realized we could save more lives if we made the seat adjustable," Labun said, and he developed the algorithm that allowed the seat to self-adjust based on the occupant's weight.

His colleague, Jack Cress, who was the product manager for military products at Simula, said that while Labun was responsible for several improvements in seat design, he never came across in a self-aggrandizing way. "Lance is not a guy prone to tantrums or self-importance. He's a results-oriented guy."

Labun also began teaching a course on the physics of crashes, part of a two-week seminar for safety education. He eventually became the lead instructor of a course designed to educate government offi cials on how to equip their aircrafts as safely as possible.

When the company was bought out, Labun started his own consulting firm and continued to teach the accident investigation course in the United States, Canada and Australia, with other safety engineers.

"Lance oversaw all of the effort," Cress said. "Before our course, people focused on cause of crash. But now it is survivability and who survived and why. Lance was a strong contributor to that."

Labun also worked on a range of technologies to keep planes safer, including a sensor built into a combat pilot's oxygen mask to detect the early stages of hypoxia (lacking oxygen). Much like the reaction to alcohol, pilots respond diff erently to a lack of oxygen. "Some get bold and some get timid. Neither is good for a combat pilot," he said. "All eventually lose judgement and motor control."

Though semi-retired, Labun still analyzes airplane crashes and compiles data on passenger outcomes through a contract with the Federal Aviation Administration. Among the crashes in his database is US Airways Flight 1549, which struck a flock of Canadian geese and lost power on Jan. 15, 2009. Dubbed "The Miracle on the Hudson," the plane averted disaster after all 155 passengers were rescued by nearby boats on the river.

Labun said passengers survived that crash because of the skill of the pilot in landing it, the fact that a river has a smooth surface (as opposed to waves of an ocean), the equipment on board, and the fact that rescue boats were scooping passengers from the chilly water within minutes of the crash. It only takes about 20 minutes for someone to die in 34-degree water, he said.

In his free time, Labun might be found playing squash or woodworking in his garage, and he absolutely loves cars. He especially loves tinkering with the red Mazda Miata he's driven for the past 20 years. For a while before his son was born, he even raced cars at the track – the daredevil side of a safety engineer.

That daredevil side also came out when he went paragliding. Strapped into a gliding parachute with another person, he ran down a ski slope against the wind until it caught the chute, sending him soaring into the air. "It was breathtaking, and I would do it again in a heartbeat."

He enjoys floating through the clouds, whether as a passenger on a small plane or helicopter. "Flying doesn't bother me because I'm strapped in," he said. "But I actually have a fear of heights. Get me on a ladder and I am petrified."