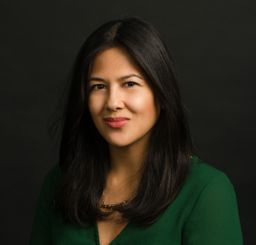 On the walls hang historic, framed covers of the 86-year-old news weekly, including the debut issue of U.S. News from 1933 (the magazine was merged with sister publication World Report in 1948).

Kimberly Castro, who was announced as U.S. News' first female editor and chief content officer in August, after working her way up the masthead since joining the magazine 11 years ago, is the first one in the room.

Soon more than a dozen colleagues file in, including the managing editors of education, health, money, travel and cars, and everyone takes their seats at a long, rectangular conference table.

Castro chooses a seat in the middle of the table, not the head. She opens the meeting by turning the spotlight on Managing Editor of Education Anita Narayan, asking her if she'd like to share her team's latest achievement, the ranking of 1,500 institutions of higher learning across 81 countries.

Next, Castro introduces a guest speaker, a software developer who is there to explain the new data tools the tech team is rolling out to help writers better understand and engage with readers, including insights on where readers click in stories on their website, which currently rakes in 40 million visitors per month. 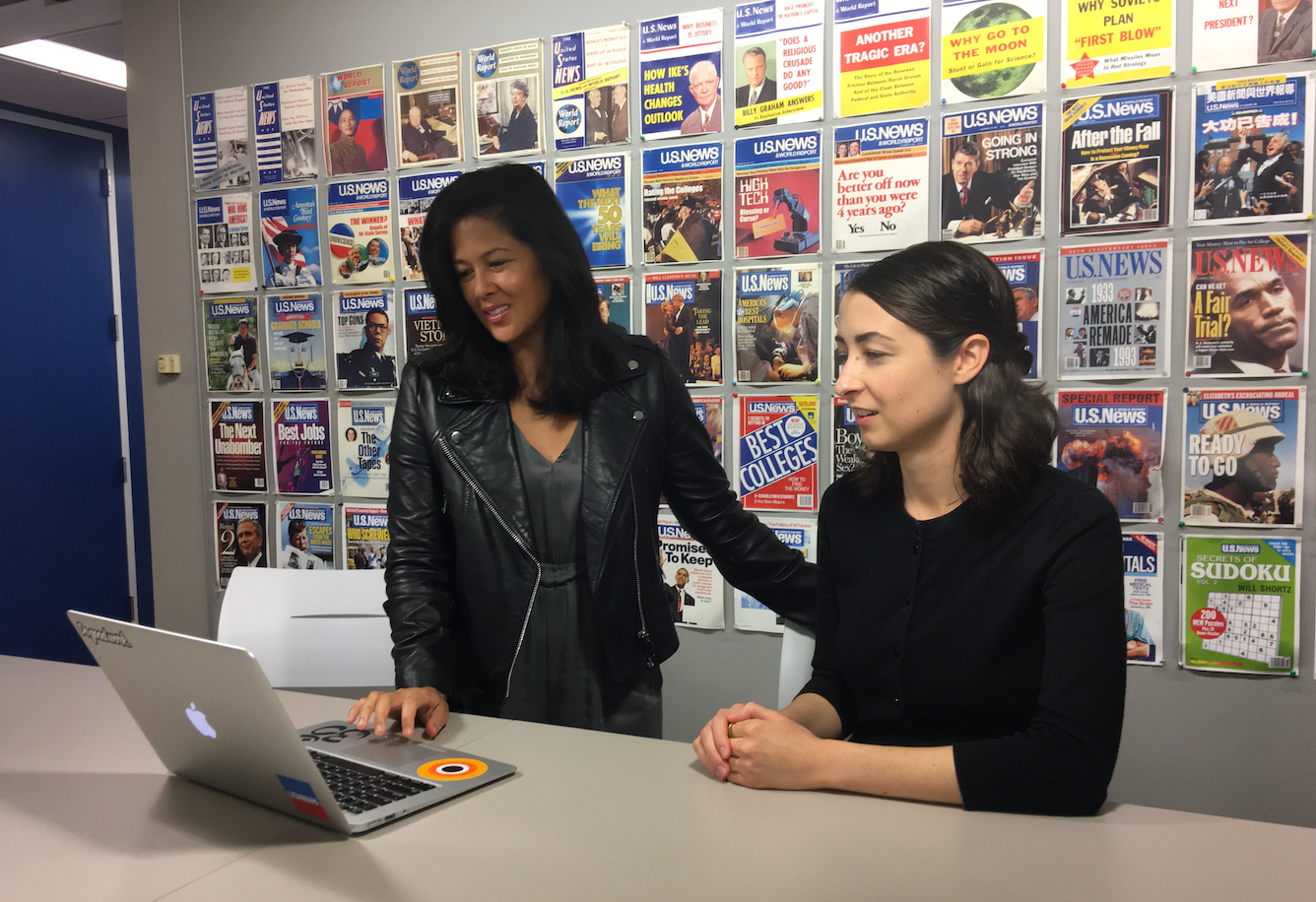 While her managing editors pepper the software guy with questions, Castro leans back in her chair with a serene smile. The purpose of this meeting is to help bridge the tech and editorial sides of the publication, to break down silos and get colleagues collaborating in ways that will better serve readers.

Given the hearty back-and-forth that's occurring, Castro senses she can hang back and refrain from dominating the conversation.

Watching her lead the editorial meeting, one is reminded of Aaron Sorkin's screenplay for Steve Jobs, in which Jobs explains his leadership style to Apple co-founder Steve Wozniak.

"I play the orchestra."

That was Jobs' gift, his ability to bring diverse people together. He knew how to marshal others' talents to accomplish his vision.

Castro possesses a similar gift, says former editor Brian Kelly, now U.S. News' editorial director and executive vice president. "She built a team of loyal, smart people around her, including hundreds of freelancers covering everything from cures for cancer to the best blue-chip stocks."

Her team, says Castro, is "smarter than I am, by design. I rely on them."

Castro has learned how to delegate since her first journalism "job," putting together the Castro Press at age 9. According to Castro's sister, April Castro '93, a dentist in the nearby Washington suburb of Bethesda, Md., the Castro Press chronicled their childhood exploits in McKeesport, mostly the hijinks of the family cats, Muffin and Sunshine.

Though the Castro Press' audience was nicher than niche, limited to a couple of families in the Philippines eager for news of their American relatives, "It was really fun," says April. 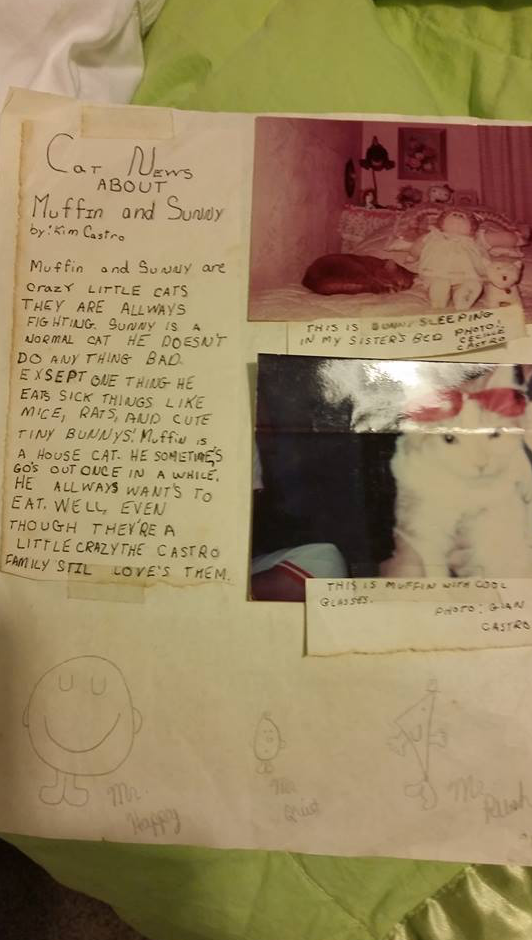 Castro, her sister recalls, "really got into it," designing the cover, illustrating, assigning and writing stories. "She was the one who made sure that we came out with a new edition every so often. She even created a masthead."

Her younger sister clearly took an interest in journalism at a young age, recalls April. "I don't know if we noticed it first, or she noticed it herself, but it was her destiny."

Yet it was the performing arts, not writing, that inspired Castro to apply to Shady Side Academy in 1992, though she would work on the Egerian, the literary magazine, and contribute several poems.

Inspired by watching videos of her sister performing in the Academy choir with future Tony Award-winner Christian Borle '91, Castro immersed herself in the music scene at Shady Side, performing in several choral groups and two full-scale musicals, West Side Story and 1996's City of Angels.

For the latter, a comedy with a jazz score by Cy Coleman, she played a leading role, a Hollywood siren whose torrid seduction number, "Lost and Found," stole the first act. "Way out of character," stresses Castro, who says she prefers to be an ensemble member, not a soloist.

That's how she sees her role at U.S. News, as "an operations person, in the background, ensuring that we hit our revenue and traffic goals." Forget making the rounds of the Sunday talk shows like other Beltway journalists. "The dog and pony show is not me."

That doesn't surprise Shady Side choir director Dr. Dan Brill, who worked closely with Castro in the chamber choir and jazz ensemble and recalls her "extraordinary work ethic and body of work." Castro was "hungry to do everything, and she was always stretching, whether to play that character in City of Angels or to do heavy-duty jazz."

Castro admits she wasn't focused academically in high school, but after college at George Washington University, where she majored in philosophy (decision influenced by many philosophical discussions with Dr. John Sutula as they paced the quad), she "buckled down" in graduate school at New York University, where she earned a master's degree in publishing and studied digital media.

This past October, she was honored with the 2019 NYU School of Professional Studies Bart Lawson Distinguished Alumna Award.

Castro was in the middle of graduate school in 2007 when the first iPhone was released. She remembers thinking that the device would "dramatically change the way people tell stories and consume content."That's when she saw an opening with digital media. "We're going to have to find ways to tell great stories and shrink them down to these devices, modernizing the art of storytelling."

After graduate school, she stayed in New York, writing and performing poetry and working as an editor at ratings agency Standard & Poor's, covering the technology sector. She caught the eye of U.S. News, which was just beginning to reinvent itself as a digital publisher in ways that its biggest competitors (Time, Newsweek) were not.

With her mix of native tech knowledge and traditional journalism skills, Castro became invaluable to the company, "a bridge to the future," says Kelly, helping to manage the "huge transition" out of print and toward a new and profitable model of online journalism – a mix of news, consumer advice and the rankings for which U.S. News is now famous.

During that transition, "we never lost sight of the value of journalism," Kelly insists. "Fact checkers, copy editors – Kim rebuilt that system when we went digital."

Under Castro's leadership, the consumer advice team – which covers education, health and money – produced hundreds o stories per month and content for more than 30 products, including Bed Colleges, considered the gold standard for rankings in the United States.

Her Shady Side Academy education helped her manage such a large and diverse portfolio. "I've always been highly organized, since childhood, and Shady Side really cultivated that in me."

When the offer to become editor arrived, it came with a bottle of Jameson Irish Whiskey, courtesy of old-school journalist Kelly, and an airplane hangar- sized office, and seemed to surprise no one – except perhaps Castro. 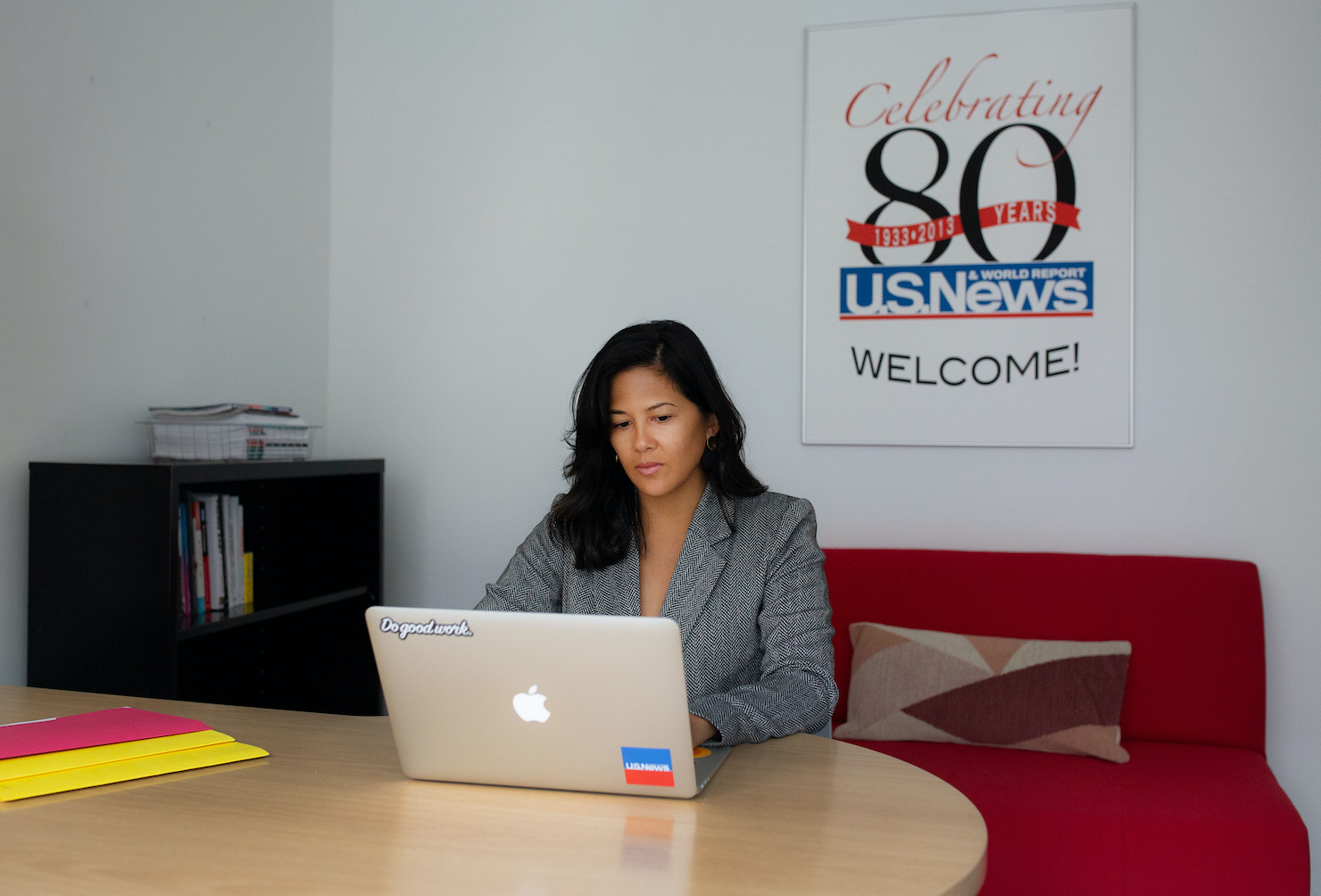 "Kim is such a respected leader at U.S. News because she works extremely hard on many different aspects of the company. She has her hands in everything from content strategy and business development to editorial improvements and progress on the technology team, and she leads by example," says Liz Opsitnik, executive editor of consumer advice.

Over lunch at the Palm steakhouse in D.C. last November, a thunderstruck Castro asked Kelly how she should respond to CEO Eric Gertler's offer to become the first female editor in the publication's 86-year history.

"You should say 'hell yes!'" Kelly recalls telling her. "She's wonderfully talented but has a great sense of humility."

Journalism is a mercurial business, and it's unusual to see a journalist stay at the same publication for as long as Castro has. At U.S. News, that loyalty goes both ways, she says.

"This is a family-oriented company. When my daughter Sydney got a terrible staph infection at age 1-1/2 and was in Children's Hospital for a month, it was the worst time of our lives" for Castro and husband Josh Tyler, a director of pharmacy at a pharmacy startup in Northern Virginia. "My bosses were empathetic. They said, 'don't worry about work. Family comes first.' This is why I'm so loyal."

Besides, she adds, "Pittsburghers stick with their roots, stay loyal."

Castro is proud of the workplace culture at U.S. News and continually strives to make it better. She recently created a Women in the Workplace initiative, which offers one-to-one mentoring and skills training in areas such as public speaking.

"Many young women here see Kim as someone they want to be," says Kelly.

Innovation is what drives her as editor. "The future is continually innovating the newsroom, so our editorial teams are digitally savvy. Seventy percent of our audience uses mobile over desktop – and growing. We need to go where audiences are."

That means exploring new technologies such as virtual reality and personalization, using data to offer personalized story recommendations and products.

"If we're helping people, we must make sure we are offering what they need. That's what data does for us. Helping people solve problems is why we come to work every day."