Jonathan Zittrain '87: Defends Your Online Privacy (And You Don't Even Know It) 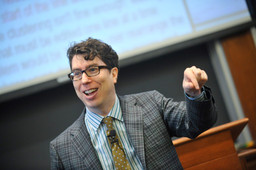 In an era of online data breaches and fake political ads on Facebook, it's easy to throw your hands up and say that privacy is dead.

Jonathan Zittrain, a Harvard University expert on the internet and ethics, has heard it all before. Our personal information is out there. There's no way to hold back the marketers. What's the point in fighting for something we've already lost?

To counter these fatalistic remarks, he says, "It's not realistic to say the cat is out of the bag. There are always more cats in the bag. It can always get worse. There is always something to defend."

As the faculty director for the Berkman Klein Center for Internet and Society at Harvard University, Zittrain is considered an expert in the debate on the influence of big tech companies in our lives. His areas of expertise are all over the news – blowback against the latest data breach, the ethics of artificial intelligence or security cameras with face detection technology. Zittrain, the author of The Future of the Internet – And How to Stop It, is in demand as a scholar, panel moderator and essayist.

Unless social media companies make reforms to protect users, privacy breaches will only get worse, he said. Zittrain predicts that the next generation of Facebook algorithms might even identify and exploit subtle mood changes in its users.

"For example, you might have had a fight with your partner, and you're really upset. A next-generation search engine might be able to get a sense from your online behavior – what you are reading, how you're clicking on things. It's the ability to make inferences from things you wouldn't think would be revealing."

This kind of technology could set us up for exploitation. "Maybe you just got fired from your job. That's exactly the right moment to suggest a payday loan or a trip to Vegas or something. We all have moments where we would choose to do something that we'd later regret."

As Facebook faces increasing pushback from politicians and the public, Zittrain wrote an op-ed piece in the New York Times titled "Mark Zuckerberg Can Still Fix This Mess." He urged Zuckerberg, the powerful CEO of Facebook, to make changes in light of highly publicized data breaches related to the 2016 election. 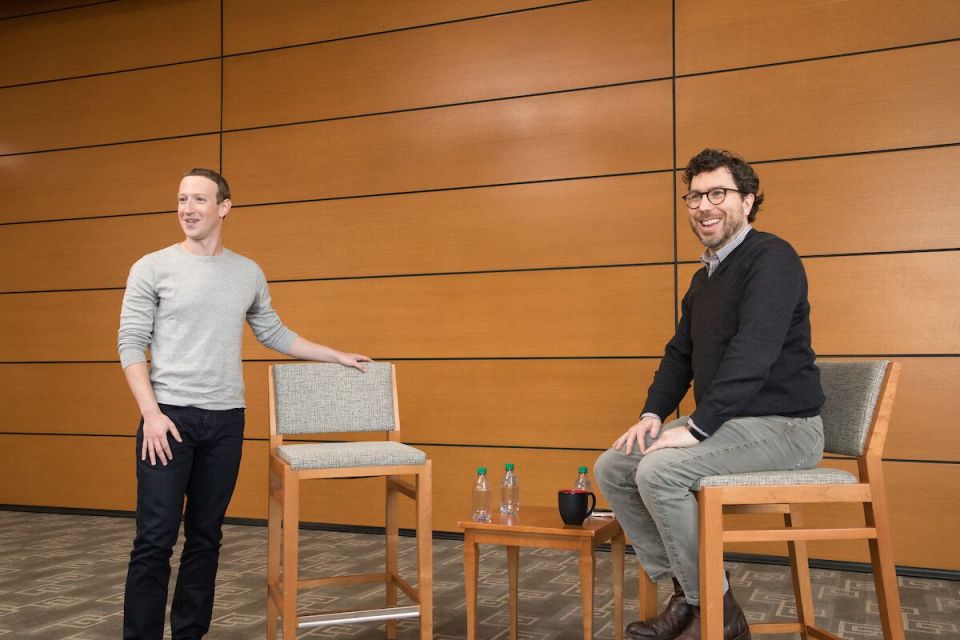 Just as doctors and lawyers take an oath to put the good of the patient or client over financial self-interest, Facebook should take "an informational fiduciary oath" to put users' privacy over its profits, Zittrain says. "Doctors don't ask patients whether they'd consent to poison over a cure; they recommend what they genuinely believe to be in patients' interests," he wrote in his op-ed. "Too often a question of 'This app would like to access data about you, OK?' is really to ask, 'This app would like to abuse your personal data, OK?' "

Zuckerberg reached out to Zittrain after reading his op-ed, and proposed visiting Harvard for a conversation. Zittrain knows how to command a room. His live interview with Zuckerberg in February addressed some of the most pressing issues of the day. "It was a remarkable interview," said Charles Nesson, founder of the Berkman Klein Center for Internet and Society. "He was comfortable talking at the highest level with Zuckerberg about the problems of the internet."

That's what people have come to expect from Zittrain, or "JZ," as he is known on campus.

"When it comes to the internet and society, he is able to start with the most basic element and unpack it in terms of current political and economic problems," said Nesson. "He is the best overall source for the history of the internet."

That may be because he joined what is now called social media when these platforms were just emerging.

Growing up in Churchill, Pa., he loved tinkering with the bulky Texas Instruments computer his family bought for $99 at J.C. Penney. In sixth grade, he signed up for CompuServe, an early online service provider that was popular in the 1980s, and joined a forum dedicated to Texas Instruments computers. "It was so low bandwidth, basically Teletype on a screen. There were no graphics," he said.

But for Zittrain, who divulged his name but not his age online, it was a thrilling gateway to a new world. The precocious teenager did a good imitation of an adult by writing in complete, grammatically correct sentences. "I acted like a sixth grader thinks an adult acts like."

And it worked. No one guessed they were talking to a kid. 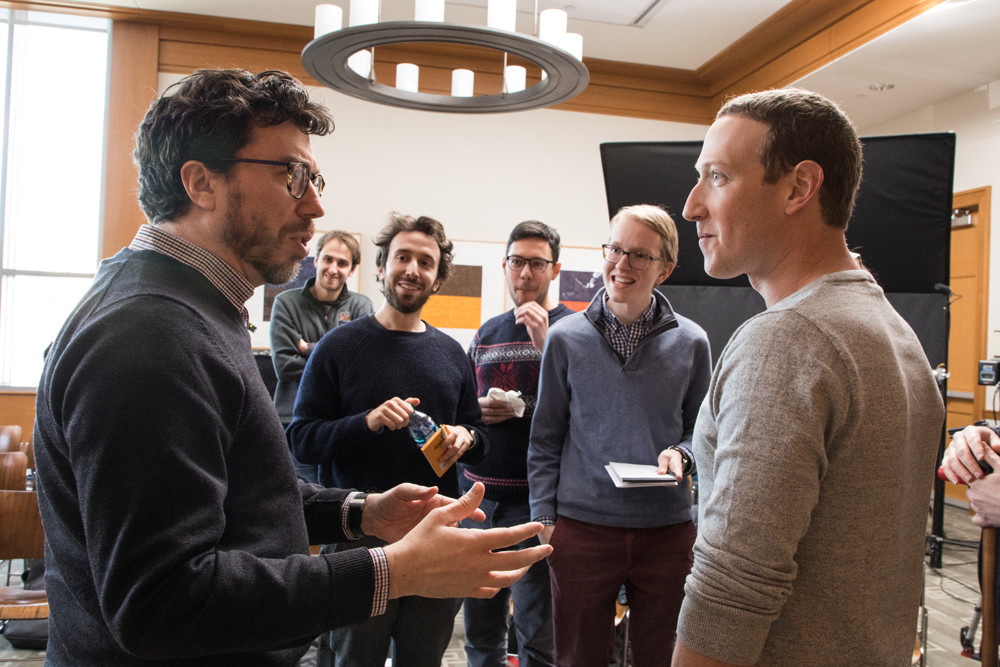 He spent hours on the forum, and at $6 an hour, the CompuServe charges added up. His stunned parents saw the amount billed to their credit card and told him, "I don't know what you are doing, but you can't do this anymore.''

Of course, Zittrain couldn't afford to pay for the service himself. But he was offered a chance to be a systems operator or "sysop," moderating the message boards and answering computer-related questions in exchange for free time online. He was thrilled with his new role.

Decades before he became a national authority on the subject, he found himself wrestling with thorny moral issues about online conduct. "Sometimes it was necessary to kick someone off the forum, and I found myself wondering: How do you do this fairly? To what extent should the forum be self-governing? At what point should a moderator step in?"

At the same time he took on the responsibilities of a systems operator online, he was adjusting to the rigorous academics of SSA's Middle School. "I was just trying to get through the day," he said. "I went from an elementary school that did not give homework to a middle school that modeled itself as a New England prep school – all-boys, coat and tie every day, and a very intense schedule. I think I worked harder at the Middle School than I have at any other time."

Harder than at Harvard Law School?

But he found nurturing teachers at Shady Side who helped him expand his horizons. He was inspired by Senior School physics teacher Bob Reiland, English teacher Dr. Sarah Eldridge and philosophy teacher Dr. John Sutula. "We'd do circuits around the quad and to the gym. I feel like I learned more about the problems of philosophy taking a walk with John Sutula than I did in philosophy classes in college."

Sutula remembers Zittrain sitting at a lunch table where the students would hold discussions about famous philosophers and topics raised in class. Zittrain was also an enthusiastic peer tutor.

"Zittrain was so bright that I was a little worried when he worked with other students," said Sutula, who still corresponds with his former student. "But he had an internal kindness that he was able to help other students see things without showing it to them. He helped them discover it themselves. I watched Jon Zittrain help them come to a better way of getting their thoughts on paper."

Zittrain also made fast friends with Jon Beckerman '87, now a TV writer. "We would spend countless hours having the craziest conversations, whether about nerdy pop culture or philosophy," Beckerman said. "The TV show Freaks and Geeks could have been a documentary about our middle school years. There was a lot of Dungeons and Dragons and Monty Python and classic rock." Beckerman said his friend was always extraordinarily smart and kind.

When Beckerman would visit Zittrain at his house, he was baffled by his friend's fascination with the online world. "He was having these conversations with grownups in far-flung corners of the world," he said. "I didn't get the appeal at all. I thought he was wasting his time. Obviously, he was way ahead of the rest of us."

Zittrain would swap software with other users by sending floppy discs back and forth through the mail. His parents, both lawyers, used their mailing label – Zittrain & Zittrain, Attorneys at Law. When as a teenager, he was asked to give the keynote at the Texas Instruments exposition in Chicago, a group from the forum met him at the airport gate. The adults expected a lawyer, but instead, they were shocked to learn that their question-answerer and rule-enforcer was a gawky boy.

But even with his age out in the open, he was promoted to manage all of the private forums on CompuServe. "The more I got into it, the more puzzling and humbling the challenges were."

While he'd worked as a federal court law clerk, a Congressional staffer, and an intern at Microsoft, his heart was in academia. In 1997, he used his many talents – artificial intelligence, computers, the law – when he cofounded the Berkman Klein Center for Internet and Society. 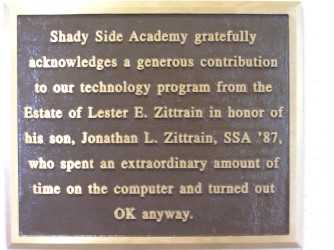 Beckerman, today a thriving Hollywood writer and showrunner, is in awe of how Zittrain makes use of his diverse talents. "He has a unique skill set, which is only becoming more important in the world of Facebook and Twitter, at the intersection of social media and politics."

Beckerman and Zittrain sold a pilot to Showtime about a professor at a prestigious university and her misadventures with powerful people in politics and technology. Beckerman, the Emmy Award-winning writer of Late Night With David Letterman and the sitcom Ed, said it was a dream project collaborating with his childhood best friend. Though the network decided not to greenlight the series, the former Shady Side classmates may shop it around to other networks.

Though both are busy in their respective fields, they find ways to keep up with each other's accomplishments – the Hollywood writer even set a Google alert to catch any new articles written by or about the tech-ethics superstar. "I am always happy to read some new op-ed he has written," Beckerman said. "I always feel like his mind is a million miles ahead of mine."

by Cristina Rouvalis | Photography by Martha Stewart and Jon Chase