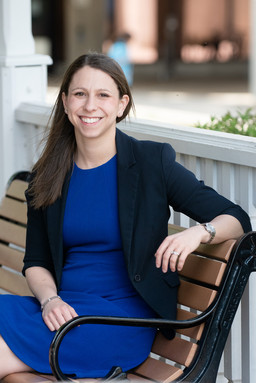 Jill Portnoy pushed through reps of squats, pull-ups and burpees. The crossfit class was a good way to clear the professor's mind after spending her morning focused on research.

As she was leaving her class, she stopped to chat with the instructor, Chris Martin. He mentioned giving fish oil to his young son as a nutritional supplement. Portnoy, an assistant professor in the School of Criminology and Justice Studies at the University of Massachusetts Lowell, had previously done research that showed Omega-3 fatty acids, which are found in fish oil supplements, can reduce disruptive behavior in children. Then Portnoy mentioned something else that had piqued her curiosity as a criminologist – the effects of exercise on aggression.

"I've always wanted to start a CrossFit class in a jail," she said, not expecting Martin to take the idea seriously.

"That would be incredible," he said, to her astonishment. "Let's do it."

Now, after months of discussions with government officials, they have approval to start Operation CrossFit at a New Hampshire jail beginning in August. Martin designed the exercise routine, while Portnoy will conduct research on the effects of structured exercise on mental and physical health. Initially, both inmates and guards will self-report on stress levels, but at later stages, she plans to include physiological indicators such as cortisol levels.

Working in a small subspecialty of the field called biosocial-criminology, she measures saliva, sweat, hormones, heartbeats and other physiological factors.

Operation CrossFit is one of many ways the 30-year-old professor is making her mark in criminology. For example, she made headlines with a study that found a correlation between a low resting heart rate and antisocial behavior and delinquency. Recently, she received funding to study people's reactions to extremist propaganda, and the effects of stress levels of police officers during active-shooter training.

It's this kind of groundbreaking research that has earned her national accolades. Portnoy recently received the Early Career Award from the American Society of Criminology at the organization's annual meeting. This national award recognizes a person who makes "significant contribution to the scholarly knowledge on developmental and life-course criminology." 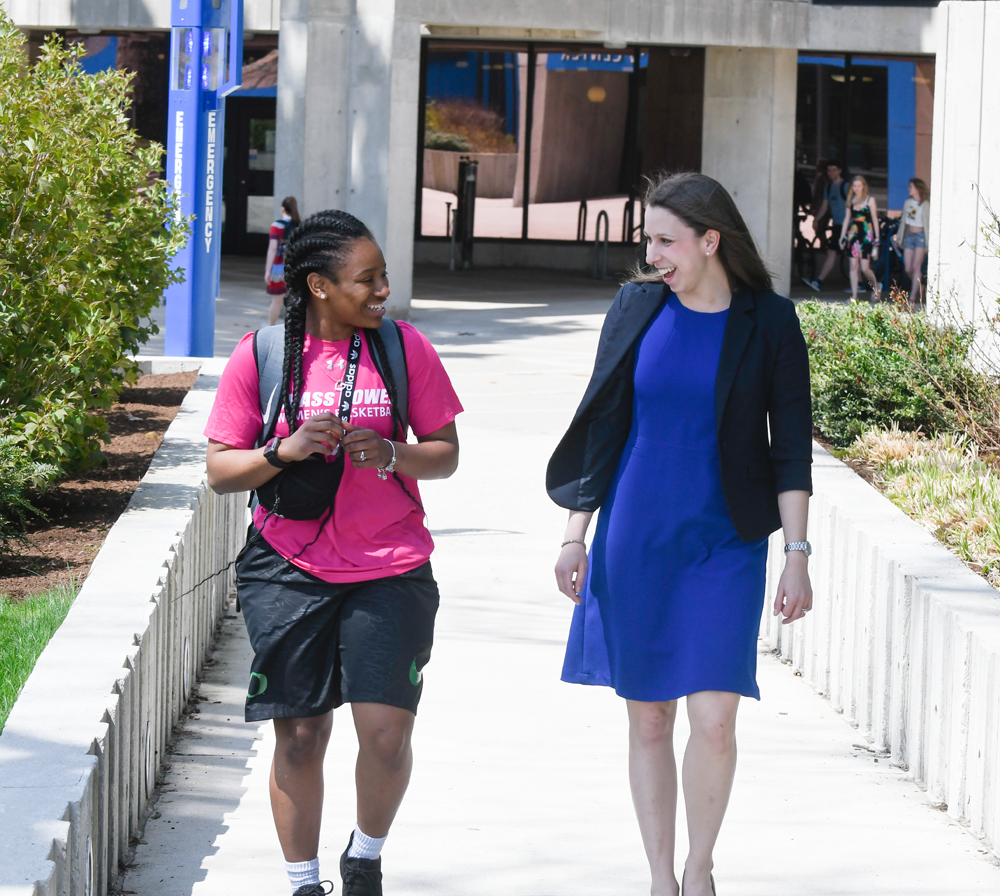 "Jill's a rising star," said Sheldon Zhang, chair of the School of Criminology and Justice Studies at the University of Massachusetts Lowell. "There aren't many bio-criminologists in the country, and she has made a reputation for herself. She has studied juvenile nutritional imbalance and to what extent it can lead to behavior problems. In poor communities, some of the behavioral problems can be resolved through nutrition. It is a very interesting line of inquiry."

Adrian Raine, a criminologist at the University of Pennsylvania and Portnoy's Ph.D. advisor, said, "For sociologists, bad neighborhoods and racial discrimination are the causes of crime. They are partly right, but you can't ignore biology. There is a resurgence in this area, and Jill is on the vanguard of a new wave of young scientists in the field."

Portnoy grew up as a rule follower, a good student, the opposite of a risk-seeker. But she was always fascinated by the deviance of the criminal mind. At age 12, she listened to TV interviews of Timothy McVeigh before he was executed in 2001 for the Oklahoma City bombing.

"I am so high-stress that I couldn't imagine committing a crime. So for me it was trying to understand something that was foreign to me."

Portnoy transferred to Shady Side Academy in eighth grade. "It was an incredible experience. I had a really great group of friends and inspirational teachers. It was a very nurturing environment."

She credits Senior School philosophy teacher Dr. John Sutula with teaching her to think critically when analyzing material – a skill she relied on in college.

Hilary Weingarden O'Brien '06, a Shady Side classmate, said Portnoy was both an empathetic friend and a great student. "She is really smart. I wouldn't have been surprised if she had gone into hard sciences or medicine. She was always a strong writer, too."

Portnoy attended the University of Pennsylvania, and her early interest in criminology deepened during her freshman year. As part of a community nursing class, students visited a jail to interact with female inmates. She felt great empathy for the women in jail, especially those separated from their children. "I really felt for these people and wanted to help them. People who are incarcerated are often forgotten. We are locking these people up and not doing anything to rehabilitate them."

Her senior year, she wrote her undergraduate thesis on the so-called 2D:4D ratio – whether having a long ring finger in relationship to the index finger could be tied to high levels of testosterone and increased aggression. She found only a weak relationship between the 2D:4D ratio and aggression, but the experience deepened her desire to do more research into the causes of antisocial behavior.

Upon graduating from Penn with a bachelor's degree in criminology and Hispanic studies, she headed to the University of Cambridge, where she was the Gates Cambridge Scholar. There she aggregated results from studies examining resting heart rate and antisocial behavior. She also met her husband, Henry Donaghy, the Marshall Scholar at Cambridge, and the couple eventually married in Memorial Hall at SSA Senior School.

Portnoy returned to Penn for her Ph.D. in criminology, working under Adrian Raine, the Richard Perry university professor of criminology and psychiatry in the Department of Criminology. She was a standout scholar, Raine said. "Her writing is amazing. She is a very hard worker and open to new ideas. Jill is a very careful listener. She has the ability to take on new knowledge and place it into context and weigh the evidence."

Raine was impressed with her early research on resting heart rate and antisocial behavior using data from the Pittsburgh Youth Study, a famous longitudinal study of three cohorts of students at Pittsburgh Public Schools.

"What I found was that people with low resting heart rates tend to be sensation-seekers," Portnoy said. "A low resting heart rate is an unpleasant state, so they do things that are exciting to raise their heart rate to a more comfortable level. For them, committing a crime or cheating can be fun and exciting. It's true for both men and women across all ages."

But, she says, it's not as though someone with a low resting heart rate is destined for a life of crime. A thrill-seeking youth with a low resting heart rate could excel in high-risk work such as bomb disposal. By shedding new light on the causes of risky behaviors, she hopes others will find ways to intervene before risk-taking escalates to crime.

After Portnoy submitted her findings to Criminology, a prestigious academic journal, Raine received an uncommon response from the publication's editor – he didn't want any revisions. "The science was airtight, the logic and execution and writing were great," Raine said. "Overall, it was impeccable."

Her husband, Henry, said, "She really gets into helping people get on the right path. That's her main motivation – helping out people who have struggles in life."

At a time when hate crimes and conspiracy theories are in the news, Portnoy has received a grant from the Department of Defense to study people's reactions to extremist propaganda. She plans to monitor the heart rates and sweat production of people being exposed to reactionary material. "The goal is to identify people who are susceptible and see if we might be able to counter propaganda." 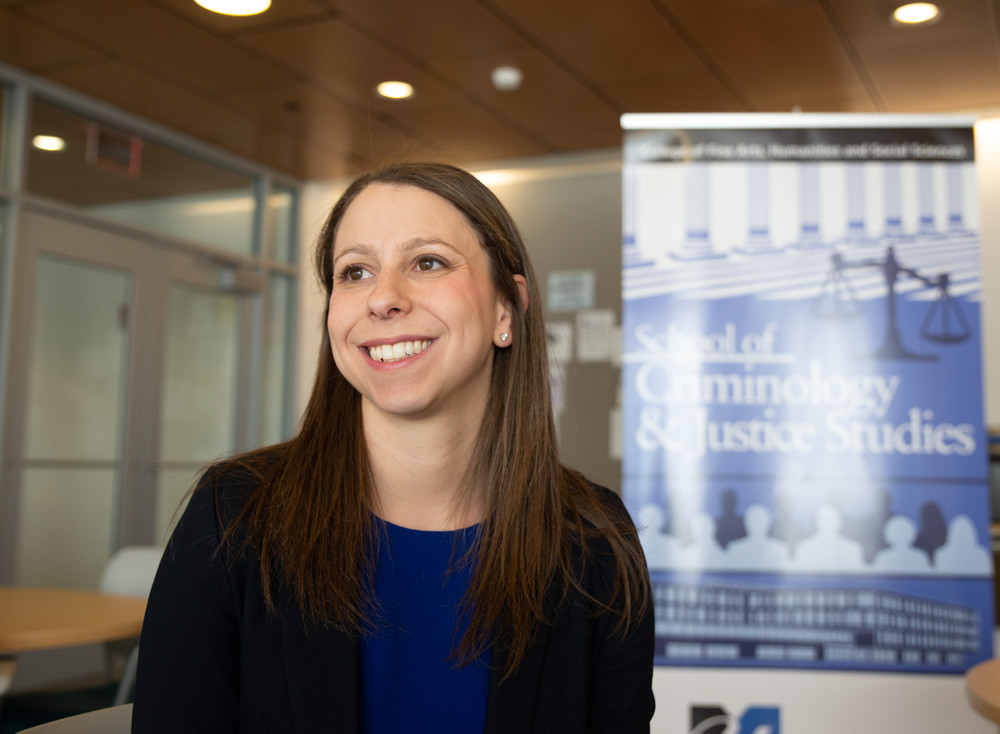 She also has received funds from her department to study the impact of stress on decision-making by law enforcement officers. She will measure the level of cortisol, a hormone released in response to stress, during a "simunition" training using real guns and paintball pellets. "It is extremely realistic," she said. "Some of the police officers were so nervous that their hands were shaking." She hopes to determine the optimal level of psychological stress in these situations. A certain level is necessary, but not so much that officers become nervous and shoot impulsively.

In addition to her research, Portnoy is an engaging teacher. "The students all want to talk to her. There is always a line out of her door," said Andrew Harris, a criminology professor and associate dean for research and graduate programs at the University of Massachusetts Lowell. "She is very unassuming and incredibly approachable."

Portnoy's work generates interest in the current surge of true-crime shows and documentaries. Like her students, Portnoy is a fan of the podcast Serial and the documentary series Making a Murderer. She is always asked whether the hit TV show CSI is realistic. "Probably not," she said. "It's embarrassing, but I have never seen it."

Instead of watching the many spinoffs of crime drama, she is busy studying the body to get a better understanding of the criminal mind. "She is well-situated to make a really significant mark on this field," Harris said. "It was a fringe a few years ago, but now Jill is on the cutting edge."