Scott Booker was thrilled to get the offer - a full football scholarship to Kent State University. His best friend, Adam Frederick '99, received the same offer, and so did three other Shady Side Academy players considered to be the heart of the 1998 WPIAL championship football team. It was rare for a Division I school to recruit so many players from one high school. Rarer still, all five said yes. USA Today even wrote an article about the guys as they headed off to Kent State together.

Booker, a safety and defensive back, and Frederick, a quarterback, were not only teammates but roommates too. The two friends talked about their lives after college. Frederick wanted to become a football coach, while Booker planned to study business and go into pharmaceutical sales. He had several interviews lined up as he neared graduation.

But fast forward 20 years, and Booker is the one who became a football coach, reaching the National Football League as a defensive coach for the Tennessee Titans. Frederick made his career in business as a master financial planner.

During a recent preseason football game at Heinz Field against the Steelers, Booker was up in the booth with a headset on, communicating with the head and defensive coach on the field. "It was a special moment, coming back home," he said.

"I never thought I would be here in the NFL. It's nice to be at the top of your profession, but with it comes the pressures of winning and losing. There are 70,000 screaming fans at the game, and you have to see things clearly. But the field is still 100 yards long and 53 yards wide, whether it's in the NFL or Shady Side Academy."

Booker's first football coach was his father, Ed, the first African-American captain of the University of New Hampshire football team. Father and son were always outside playing sports together, everything from Little League baseball to soccer to football. 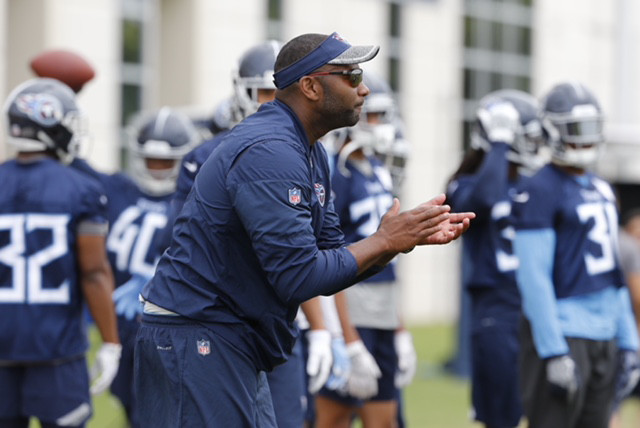 As Ed put it, "I was an only child. My son was the playmate I never had. We were always playing sports together. I didn't push him towards football. It's such a violent sport and you have to be ready for that. You have to have a desire to do it."

While Booker loved all sports, he especially loved football. He grew up waving his Terrible Towel while cheering on the Steelers.

But his parents' priority was his education. So they enrolled him at Shady Side starting in kindergarten, and he made the commute from his home in Penn Hills all the way through high school. "Coming out of Shady Side, I felt like I could compete academically with anyone," he said. "It was very demanding. They taught you time management. I was very blessed to go there."

He also liked the requirement that everyone participate in sports. "They didn't just want a school filled with brainiacs. They wanted well-rounded people."

A natural at football, Booker improved dramatically because of the guidance of two new coaches. Shady Side had just hired Art Walker, a legendary coach who led the Mt. Lebanon High School team to five WPIAL titles, as well as the young and fiery Jacque DeMatteo.

Their styles complemented each other. "Coach Walker was very steady and even-keeled," Booker said. "He would put his arm around you and teach you the game of football and also the game of life. Then Coach DeMatteo provided a spark and really challenged us, whether it was in the weight room or the field. He did a great job instilling toughness."

Booker entered the program as a freshman, and by his sophomore year, he was starting. "The kid had a good heart and a good work ethic, and he was mature beyond his age," DeMatteo said. "You don't find that often in a high school kid. You could tell him something once and he would retain it."

He was so versatile that he was nicknamed Slash – the nickname given to then-Steeler Kordell Stewart, who played so many positions, they had to be separated by slashes when they were listed. In addition to playing the defensive positions of safety, defensive back and linebacker, Booker was also the backup quarterback. "When Adam got banged up, Scotty stepped in during a playoff game and did a fabulous job," Walker said.

The move from a championship high school team to Division I football at Kent State was an adjustment for all five: Booker, Frederick, fullback James Ruggiero '99, wideout Maurio Medley '99 and defensive back Jarius Acie '99.

They had to juggle academics with grueling football practices. There was increased pressure to perform and competition for playing time against gifted athletes from other schools. "Out of all of us, Scotty did the best. He was able to pick things up quickly," Frederick said. "He wasn't the best athlete, but he was a really smart player. He anticipated well."

Coaching wasn't even on his radar until 2002, when Kent State football coach Dean Pees offered him a graduate assistantship as a football coach.

Booker told him no thanks.

But Pees told him the job would pay for his M.B.A.

On second thought, he said yes.

To his surprise, Booker loved coaching. "I enjoyed the preparation, the thematics of trying to figure out a plan on how to beat the other team. I enjoyed the relationships with the players, helping them and watching them grow."

As coach, he could no longer socialize with his former teammates. He spent more time with his girlfriend, Jennifer, a Kent State graduate he would later marry. Instead of an M.B.A, he earned a master's degree in sports studies.

After two years as an assistant, he was promoted to defensive backs coach, a job he held until 2008.

The next year, he landed a job as defensive backs coach for Western Kentucky University. He wanted a change so he could gain experience recruiting in southern states. When the team finished the season with a 0-12 record, the head coach was fired. In the unforgiving world of college athletics, it was a tumultuous time. "It taught me a lot about perseverance and being able to handle not-great circumstances."

In 2010, he accepted a job as an offensive assistant Notre Dame University – a step down in the coaching hierarchy but several steps up as far as prestige. After all, this was the Fighting Irish, a legendary football program.

But Booker's risk paid off. He was promoted to tight ends coach/special teams coach in 2012 and was coaching from the sidelines.

It was a demanding job, working with the team that went to the national championship that year, and playing in the Fiesta Bowl in 2015. Booker and his wife had a daughter, Morgan, and settled into South Bend. 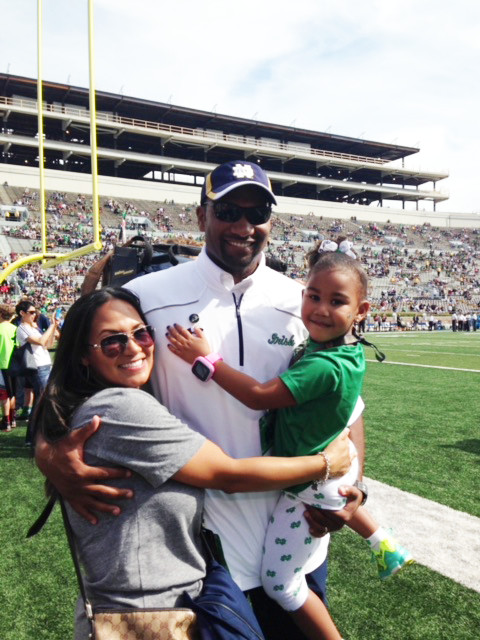 He also traveled around the country to recruit talented high school players – a task that requires an ability to build good rapport with young athletes. Coach Walker said, "To be a good coach, you have to be able to handle people. You have to recruit. Scotty is extremely likeable."

While living in South Bend, Booker also met one of his favorite Steelers, Jerome Bettis, nicknamed the Bus. He was a Notre Dame alumnus and would stop by the program. Booker also received a visit from his former SSA coach, DeMatteo, who brought his teenage son. "He showed my son around the Notre Dame program," DeMatteo said.

Belying the stereotype of a football coach screaming from the sidelines, Booker considers himself an enthusiastic teacher with an even-keeled coaching style. "I try to develop and inspire the players. I make sure they understand the details." Frederick said his good friend always admired Tony Dungy, the soft-spoken coach for the Indianapolis Colts who could command a room with a light touch.

And Booker's seen no shortage of success among the many players he has coached, including two from Notre Dame — Tyler Eifert, a tight end for the Cincinnati Bengals, and Stephon Tuitt, who plays for the Steelers.

In 2017, Booker accepted a job as the safety and special teams coach for the University of Nebraska. A year later, he accepted his current position with the Tennessee Titans.

As the current defensive coordinator for the Titans, Dean Pees recommended Booker for the job based on their working relationship from their time at Kent State. After all, it was Pees who first trained Booker to be a good defensive coach.

By taking the career leap from D1 to the NFL, Booker is no longer responsible for recruitment, allowing him to focus on his players. The new position also meant a significantly smaller team roster — 53 professional players per team versus 120 Division I student-athletes. "I no longer worry about guys missing class. They are fully focused on football."

It's a common assumption that once players start raking in big money, they turn into "spoiled divas" both on and off the field, Booker said. But in his experience, "Nothing could be further from the truth. Sure, they make millions of dollars to play football, but as they interact with me and other players, the vast majority are committed to their craft. Off the field, they're just trying to have a regular life."

And the window of time for those multi-million-dollar salaries is limited. "You can be a banker 30 or 40 years, but the average time in the NFL is 3.2 years."

Though he loves the challenge of being an NFL coach and helping players develop, the constant job changes can be hard on his family. "There have been ups and downs. I'm not proud to say it, but my daughter is in second grade and she has gone to three different schools in three different states. My wife has to find new friends and doctors every time we move. But there are advantages, too. We played in London recently, and my wife and daughter came, too."

Booker said it was a thrill to come home and get back up in the coaching box for the preseason exhibition game against the Steelers at Heinz Field. "I'm 38. For 36 years, I was a Steelers fan. Obviously, I'm a huge Titans fan now."

Walker, his former coach from Shady Side, anticipates that Booker will continue to rise through the coaching ranks. "He has the experience on the pro level, the work ethic and the personality. I predict someday Scotty will become the head coach of a professional team or college football team. He has everything it takes."