There are no news posts to display
Kali Arnold '94: Teaching Mindfulness and Meditation in a Stressful World
Mar 7 2022 3:12 PM

When Dr. Kali Arnold told people she was walking away from her career as an orthopedic surgeon to teach yoga and Pilates, they stared at her in disbelief.

"You're crazy," everyone told her.

After all, she had spent four years in medical school and another six years in residency so she could do reconstructive surgery on ballet dancers, athletes and everyday people with foot and ankle injuries. She had a prestigious job title, a big house and other trappings of success.

"You can't leave," friends would tell her. "You have this great life. You're an orthopedic surgeon."

But it didn't feel like a great life to Arnold. It certainly wasn't what she envisioned in the 10 years she spent training to be a surgeon. She liked helping people walk or dance or play sports again, but she was disillusioned by a medical system that she felt was driven more by financial considerations than patient care. On call and stressed out, she felt pressured to bring in more revenue.

"I just felt like there had to be a different way for me to heal and connect with people on a different level," she said. "I felt like I had more to offer the world."

So in 2016, she turned to yoga, the practice that had gotten her through the last 10 years in the high-stress environment of hospitals. She also taught private lessons in Pilates and barre.

She set aside a nest egg by selling her spacious house and moving to a smaller one. She decided she would give herself one year to see if she could build up enough of a business to leave medicine and stay in this new career. Yoga teachers don't make the same six-figure salary as orthopedic surgeons, but that was okay with her. She wanted a simpler life. A smaller house. No more designer clothes and handbags, items that she had bought in an attempt to fill a void that couldn't be healed with stuff. She earned her certification to teach yoga, Pilates and reiki energy healing, and she taught at various studios before renting her own space and doing private lessons.

But she wanted to scale up the business so it reached more people. In 2019, she co-founded The Namaste Project, teaching meditation, mindfulness and yoga techniques to corporations and to students and staff in public schools. Arnold's business partner is a former school principal.

Their business took off during the pandemic, when stress levels among students, teachers and administrators skyrocketed. "We like to call ourselves educational consultants," she said. "We help workplaces and schools bring mindfulness through a curriculum we have designed that involves mediation, breathwork, yoga and social-emotional learning. We are teaching trauma-informed response for schools and in the workplace. We teach empathy and how to recognize trauma in yourself and respond to others with compassion and kindness."

Through The Namaste Project, schools and other institutions can access different levels of an individualized mindfulness curriculum. For example, level one introduces breathing exercises, light yoga and mindfulness activity at the start and end of the day. "The kids love it," Arnold said. "They want to feel calm. The beautiful thing about what we are offering is that it doesn't require a lot of expensive tools or programs. You sit and breathe."

They also offer training on how to replace in-school suspensions with more positive strategies. "We know suspensions don't work. It doesn't get to the root of the problem. If a kid throws a chair across the room, it's not that he likes throwing chairs. He was triggered by something. He has stored trauma in him," Arnold said. Instead, the Namaste Project works with schools to set up common areas equipped with soothing sounds, colors, textures and games that help children learn to regulate their emotions.

One principal said the program reduced the number of in-school suspensions from 38 to four in one year.

In an era of standardized tests, yoga and social interaction skills may sound like hippy-dippy extras, but Arnold believes they're just as important as math and science.

So far, she said her company has signed contracts with schools in Georgia, Pennsylvania, New Jersey and Virginia. Her company has also started the Mindful Wellness Teaching Program in Atlanta, teaching sessions that help teachers deal with trauma through yoga and other techniques.

"I think it's really important for teachers, and adults in general, to understand the science behind mindfulness. A lot of people think it's esoteric, woo-woo stuff. But I can tell you as a physician myself, it is very much science. We talk about trauma and emotional regulation in the brain."

Her private lessons for yoga, Pilates and reiki are also flourishing. The physical therapists she worked with as a surgeon refer clients to her. Clients appreciate her understanding of the human body and her approach to injury prevention.

Bryan Dow, vice president of global creative and brand marketing for David's Bridal, has been practicing Pilates for 10 years, the last three with Arnold.

"She is the best Pilates teacher I have ever had," he said. "My time with her has been transformational. Her approach to Pilates is individualized. As a doctor, she understands the body. She is a mind and body healer."

As a child growing up in Pittsburgh, Arnold was so pigeon-toed that she would trip over her own feet. Her mother put her into ballet class at age 3 to help her walk straighter. She loved dancing and tumbling and found her true talents as an elite gymnast and competitive modern dancer.

In fact, she was one of the original dancers in the Abby Lee Dance Company before it became a televised phenomenon on Dance Moms. Because of her dance training, she excelled in floor exercise and also competed in vault with the Pittsburgh North Stars.

She attended high school at Shady Side Academy. "It was like a little utopia," she said. She loved the small class sizes, the interaction with teachers and the close friendships. She also appreciated the sense of independence instilled in the students. "There was nobody giving you a hall pass. They treated us like adults. That really helped me when I went away to college."

In her junior year, she tore ligaments in both ankles and had to take a break from gymnastics. She was treated at the UPMC Sports Medicine Program, headed by renowned orthopedic surgeon and past SSA parent Dr. Freddie Fu, who passed away in November 2021 at the age of 71. 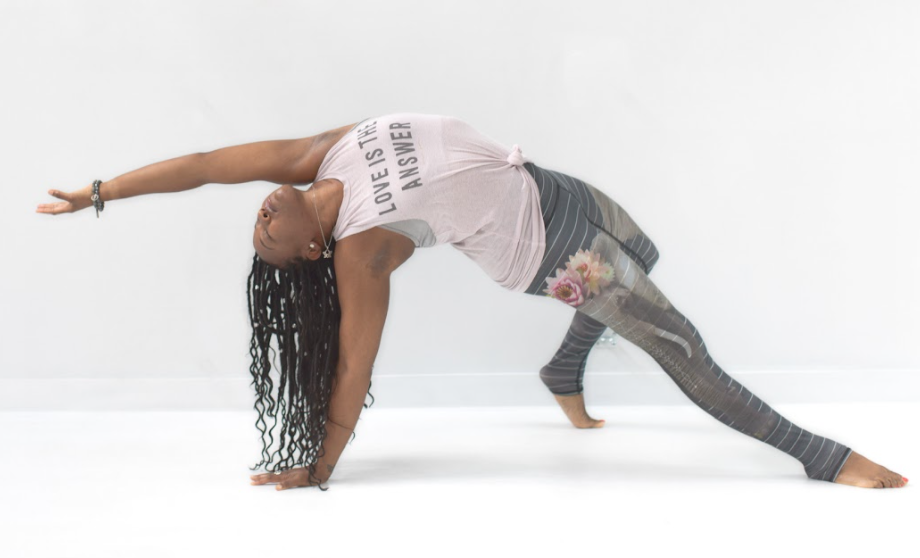 Because she was interested in a career in medicine – and happened to be friends with Gordon Fu '95, fellow Shady Side student and the son of the famed surgeon – Arnold had the unique opportunity to shadow Dr. Fu. The doctor, who repaired the joints of athletes ranging from NFL players to ballet dancers, inspired her to become an orthopedic surgeon herself. She also liked how Dr. Fu attracted a diverse group of residents and fellows in the traditionally white, predominantly male world of orthopedic surgery.

Although Arnold was offered gymnastics scholarships at several large universities, she turned them down in favor of the smaller class sizes at Vassar College. She majored in biology with a minor in African studies and performed in a dance troupe. She attended medical school at Meharry Medical College, a historically black college in Nashville.

She began her residency in orthopedic surgery, but was disappointed that the program felt unwelcoming to women and minorities.

On her 29th birthday, at the height of the residency stress, she received a gift certificate to a local yoga studio from her friends.

She attended the class. "This is interesting," she thought, and her gymnastics training made the poses fun to do. But when the students were instructed to hold a pose and breathe and meditate, she started crying. Loudly. Embarrassed, she ran out of the class and vowed never to come back.

Still, she came back the next week, only to cry again while doing a hip opener pose. It wasn't until later that she discovered the reason for her strong emotions. "You hold negative energy in certain parts of the body, like the hips. So, when you do these deep hip stretches and you are there with yourself, breathing and sitting there, the emotions bubble up. You are literally releasing trauma trapped in your body," said Arnold. Yoga led her to explore other forms of healing such as meditation.

After her residency, Arnold moved to Atlanta. Over the next three years, while working in two different orthopedic practices, yoga kept her grounded amidst the stresses of long hours at the hospital and nights on call.

"I always tell people that yoga literally saved me. I think if I didn't have yoga at that time, I would have been clinically depressed, because I had so much anger, frustration and angst inside of me."

Yoga also connected her to her inner voice, which told her that she should leave her medical career and commit herself full-time to her passion. "I was listening to my own voice. My clients stay with me not just because of my knowledge, but because I really love what I do."

Now her life is simpler. She no longer shops in an effort to reduce stress. She spends her money on travel and experiences instead of things. She also incorporates self-care into the way she runs her own business, setting up boundaries.