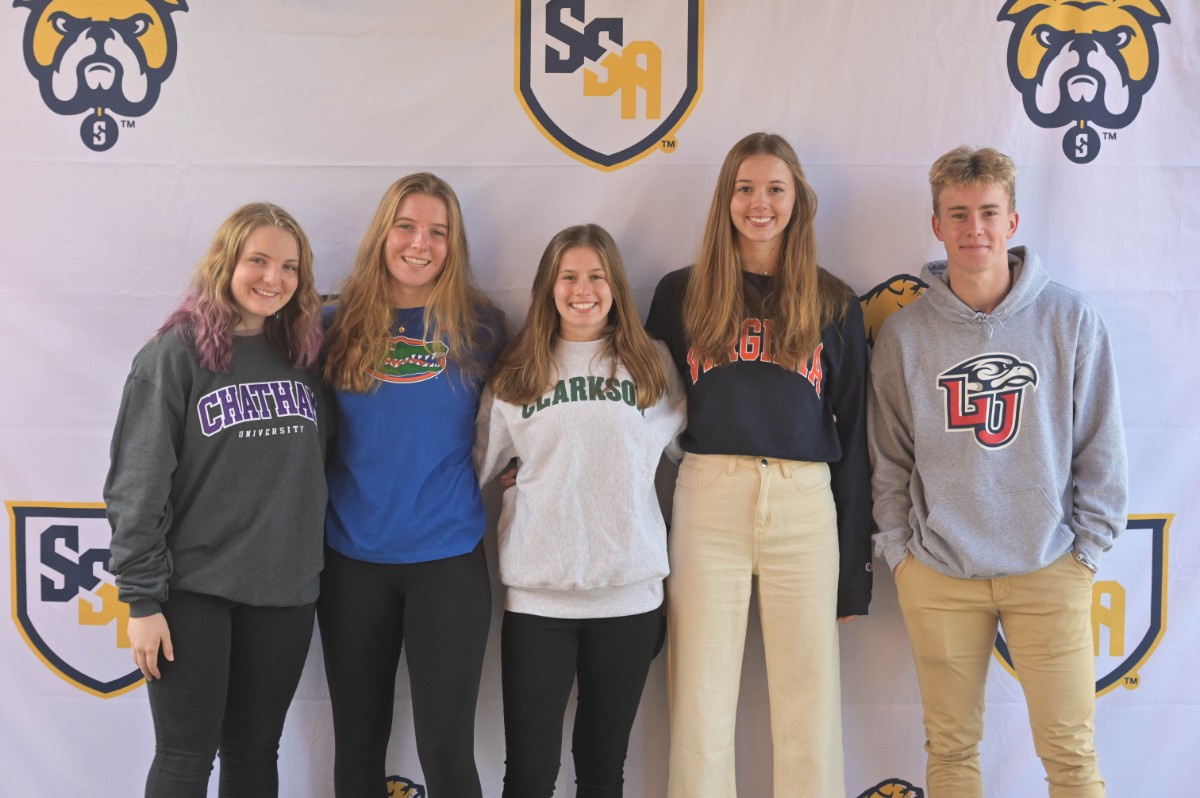 The signing ceremony was held at Michael J. Farrell Stadium, where signees were joined by their coaches, college counselors, families and friends. The signees are:

Fahrny and Lane are both forwards on the SSA girls' prep ice hockey team, coached by Kate Binnie. Fahrny was a member of SSA's 2019 WIHLMA Championship team as a freshman, while Lane joined SSA as a sophomore. Both have also played for the Pittsburgh Penguins Elite organization and were members of the Pens Elite Girls 14U National Championship team in 2019, also coached by Binnie.

Farner is an All-WPIAL and All-State midfielder for the SSA boys soccer team, coached by Ed Ellsworth. He helped SSA win the 2018 WPIAL championship as a freshman and also plays for the Pittsburgh Riverhounds Developmental Academy.

Jochims is a member of the Three Rivers Rowing Association's multi-school rowing team, coached by Matt Grau. In summer 2021 she competed at the US Rowing Youth Nationals in the Women's 8+ and Women's 2x events, winning a national championship in the 2x. She also plays on the girls' prep ice hockey team at SSA.

Woodings is an All-WPIAL midfielder on the SSA girls' lacrosse team, coached by Katy Phillips. She helped SSA win two WPIAL Championships in 2019 and 2021, scoring four goals, including the game-winner, in the 2021 title game. She is also an All-WPIAL field hockey player who helped SSA win four straight WPIAL titles in that sport.

Congratulations to all five student-athletes!