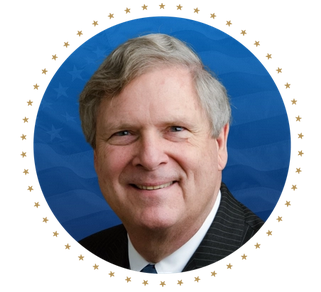 On Thursday, Dec. 10, U.S. President-Elect Joe Biden formally announced Shady Side Academy alumnus Tom Vilsack '68 as his nominee to serve as Secretary of Agriculture in the Cabinet of the Biden-Harris Administration.

Vilsack is a former two-term governor of Iowa who served as Secretary of Agriculture for all eight years of the Obama-Biden Administration. Unanimously confirmed by the Senate to lead the USDA in 2009, he oversaw record-breaking investments in rural communities, secured vital improvements to the nation's school meal system, and led a successful campaign to increase food safety standards during his tenure. Vilsack also served as chair of the first-ever White House House Rural Council, where he helped drive critical financing opportunities to rural businesses and entrepreneurs.

As the 40th Governor of Iowa, Vilsack led the charge on major infrastructure investments, implementing a successful program that spurred the creation of popular projects across the state. He worked across party lines to help create the Grow Iowa Values Fund, an initiative to invest in the state's entrepreneurs and spark economic development.

Prior to his tenure as governor, Vilsack served as mayor of Mount Pleasant, Iowa, and in the Iowa State Senate. Originally from Pittsburgh, Vilsack graduated from Shady Side Academy in 1968 and received his Bachelor of Arts degree from Hamilton College and his J.D. from Albany Law School.