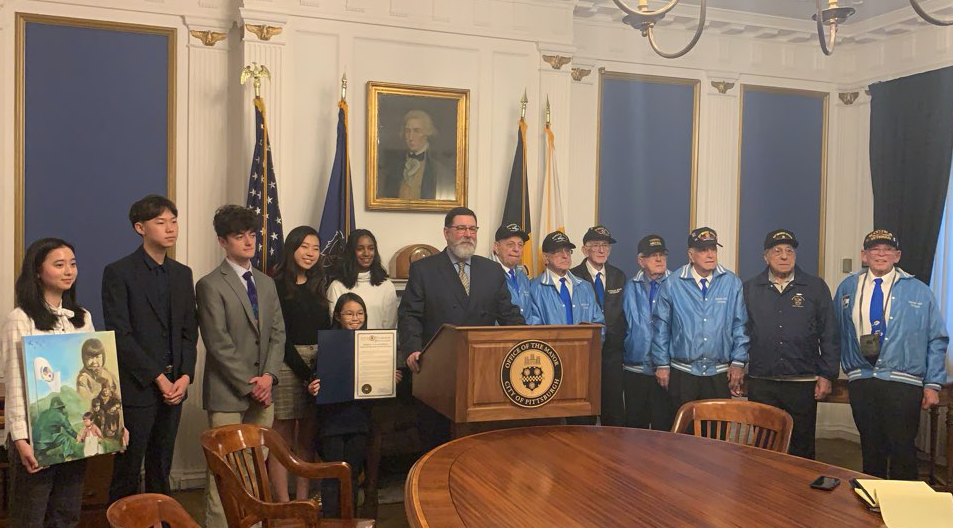 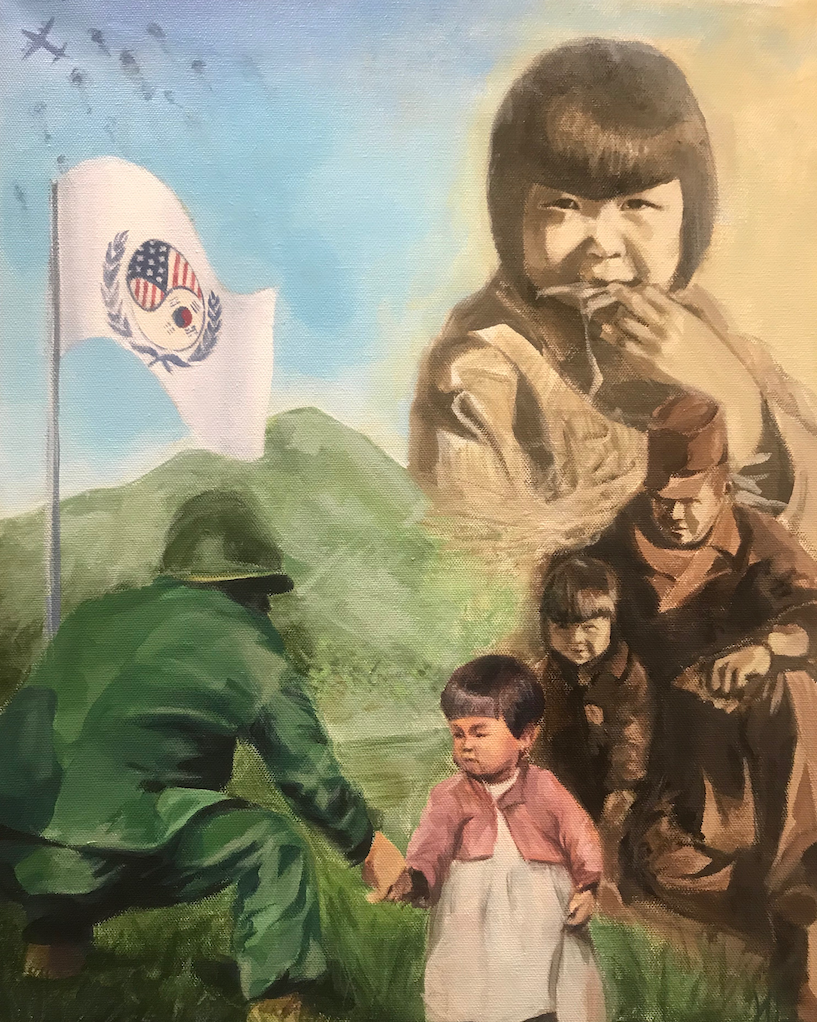 Lee created a piece of artwork entitled Remembering the Forgotten War in honor of Korean War veterans (pictured at right). The painting was inspired by a personal story of a soldier and his growing relationship with a Korean child during the Korean War, where eventually the child was adopted by the soldier.

Lee said she wanted to create the artwork to preserve the memories of the Korean War, which is known as the "Forgotten War." She donated the piece to the Korean War Veterans Association.