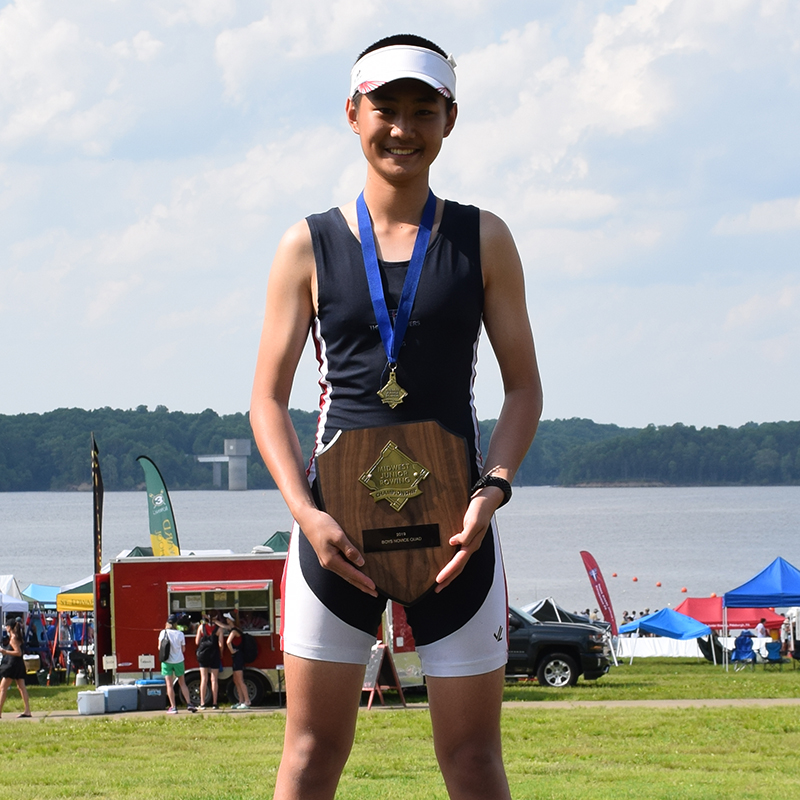 Five student-athletes from Shady Side Academy competed in the Midwest Junior Rowing Championships, held May 18-19 in Bethel, Ohio. The students rowed as members of Three Rivers Rowing Association (TRRA) boats, alongside teammates from other Pittsburgh-area schools.

Freshman Steven Liu won a gold medal as a member of the TRRA boat that won the Boys Novice 4x race, together with three teammates from other schools.

Senior Erin Gramley rowed in the TRAA Girls Varsity 8+ and Varsity 4x boats that both advanced to the finals, with the 4x boat placing fourth overall.

Congratulations to all five students on great race performances!