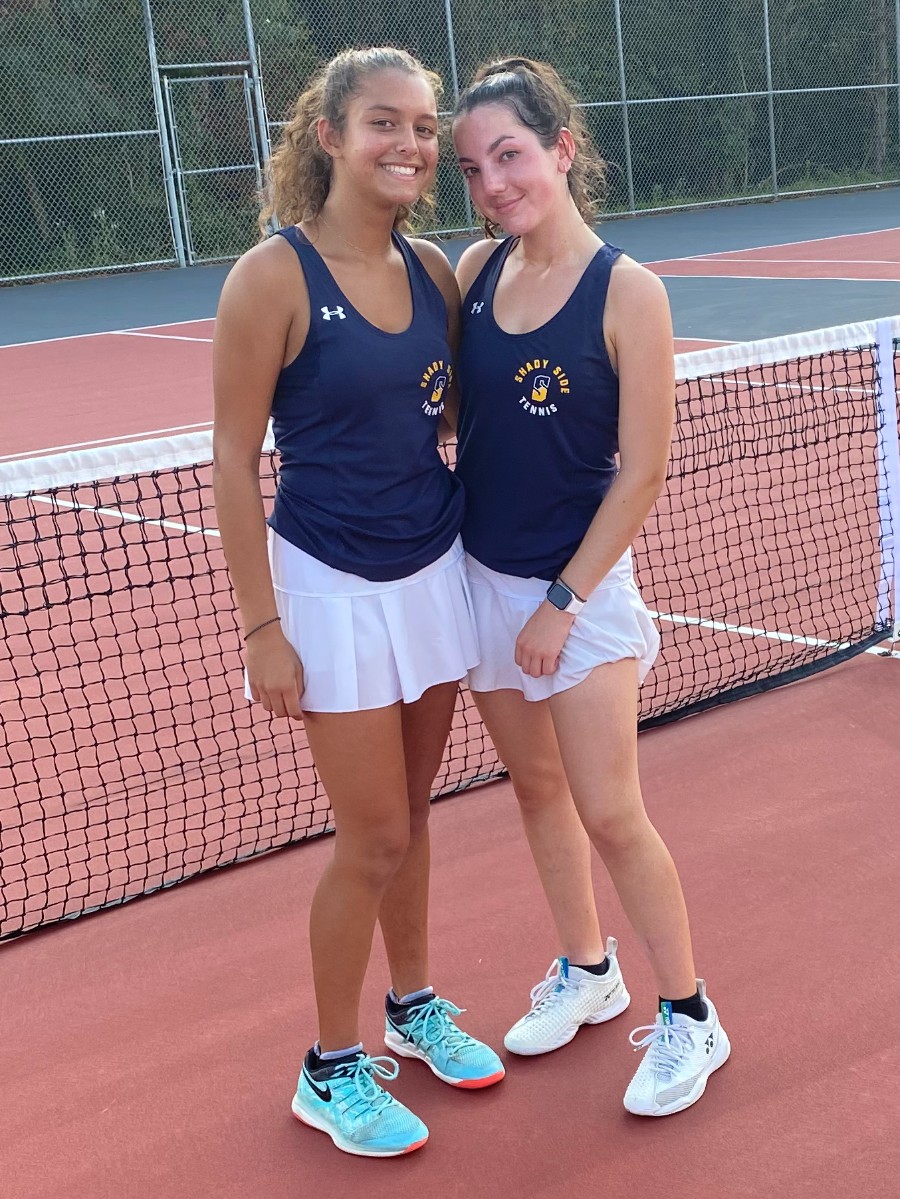 The Shady Side Academy duo of sophomores Elana Sobol and Rachel Nath swept their opponents in the first three rounds of the WPIAL Class 3A Girls Tennis Doubles Championship on Wednesday, Oct. 6, at North Allegheny, to advance to the finals on Thursday.

Sobol and Nath, the No. 1 seed in the tournament, defeated Cece Crowley and Lauren Miko of Mars in the first round, 10-1, and Isabella Liu-Lopez and Abby Santora of Oakland Catholic in the quarterfinals, 10-5. Then they rallied to beat Emily Wincko and Abby Swirsding of North Allegheny in the semifinals, 3-6, 6-0, 6-4.

Sobol and Nath will face the No. 2 seed, Jenna Bell and Carolina Walters of Greater Latrobe, for the WPIAL title on Thursday, Oct. 7, at NA. By advancing to the WPIAL finals, Sobol and Nath have already locked up a spot in the PIAA Doubles Championship.

Congratulations and good luck to Elana and Rachel, and Head Coach Jeff Miller, in the WPIAL Championship!