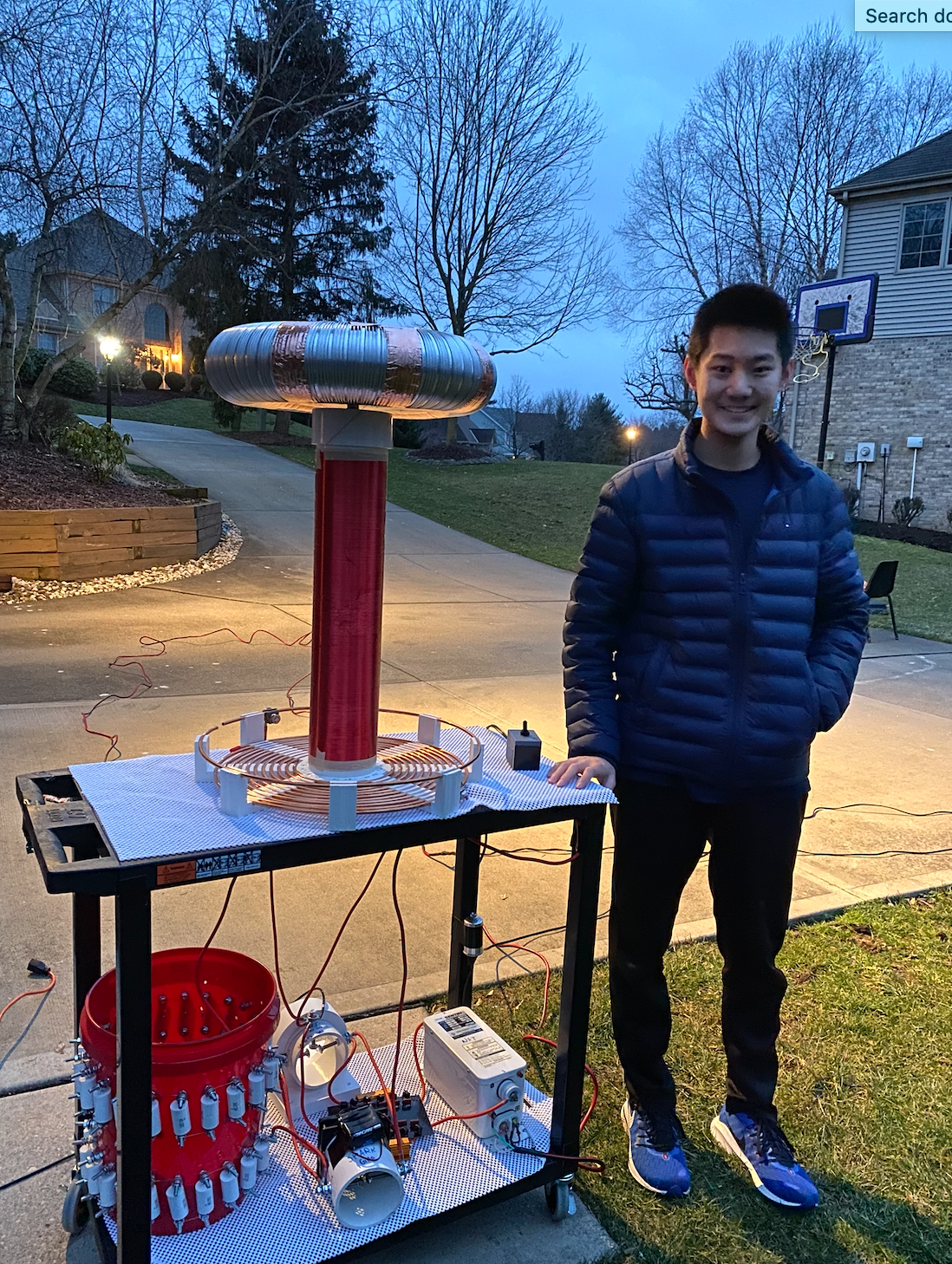 Shady Side Academy sophomore Steven Liu built a Tesla coil as his independent project for Dr. Scott Peterson's Physics 2: Calculus class. The Tesla coil, which took Liu five months to build, increases the voltage from a 120-volt wall outlet to 1.1 million volts. It can even remotely light up a florescent light tube.

Each year in the Senior School's Physics 2 and Advanced Physics courses, Dr. Peterson challenges students to independently design and build projects that interest them. The students are not directed to create something specific; rather, they are given the freedom to design and build anything that interests them that has some relationship to physics, allowing them to get excited and stretch their creativity.

Watch a video demo of Liu's Tesla coil below: