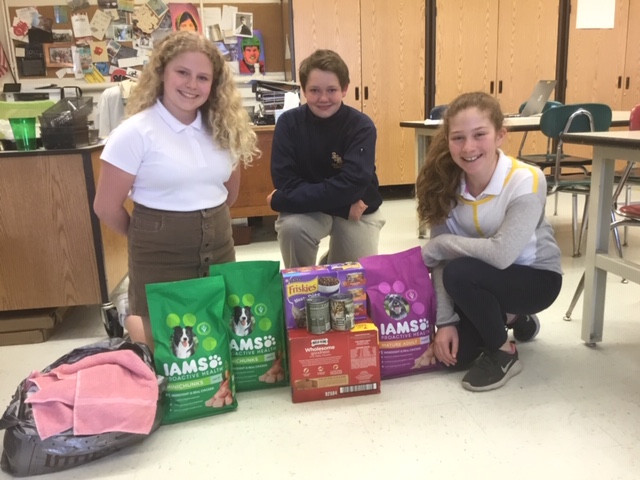 The students also organized and led a "penny war" fundraising drive, which raised more than $850. The money was donated to Humane Animal Rescue in Pittsburgh and Danny and Ron's Rescue, an organization in South Carolina which shelters dogs waiting for adoption.

The drive was the result of the students' seventh grade "Action Project," in which they chose an societal issue of interest, researched and wrote a report on it, and created a plan for something they could do to help remedy the issue.

Congratulations on your successful project, Alexa, Joe and Gretchen!