As part of their "Action Project" to address an a societal issue, seventh graders at Shady Side Academy Middle School chose an issue of interest, researched the topic, wrote a short report on it and created a plan for something they could do to help remedy this issue. 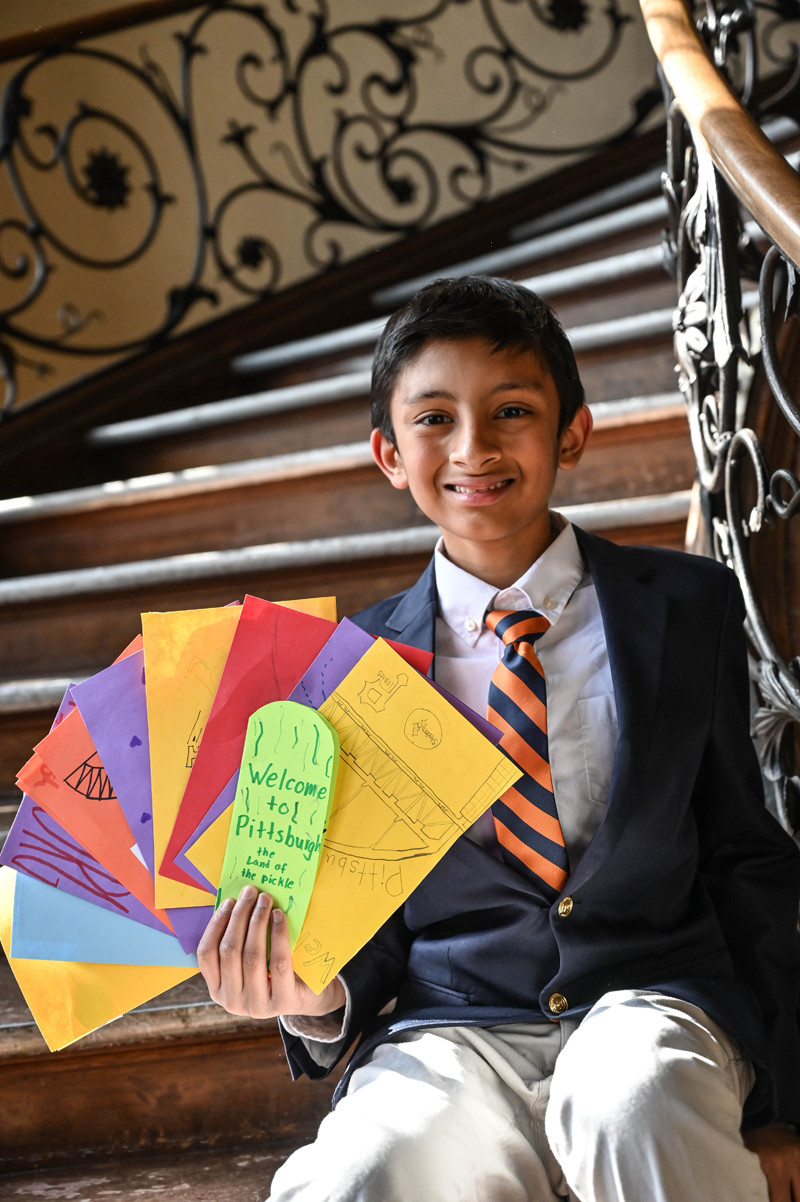 Deven Nahata attended a local event to learn more about the Syrian refugees who have been resettling in Pittsburgh, and spoke with SSA alumna and Hello Neighbor CEO Sloane Davidson '97, about what SSA could do to help. Based on this conversation, Deven decided to hold a fundraiser, collect English books for refugee children and have his classmates create cards to welcome refugees to Pittsburgh.

Deven spoke to the student body to raise awareness about the Syrian refugee crisis and to introduce the school to Hello Neighbor. He organized a dress-down day, where students could either donate money or bring in a children's book in order to dress down. With the entire Middle School's support, the effort raised more than $650 and collected many books. And, every seventh grader created at least one handmade card, resulting in more than 70 cards. The money raised has been sent to Hello Neighbor, and both the books and cards will be distributed by Hello Neighbor to Syrian refugees resettling in Pittsburgh.

Congratulations, Deven, on your successful project!