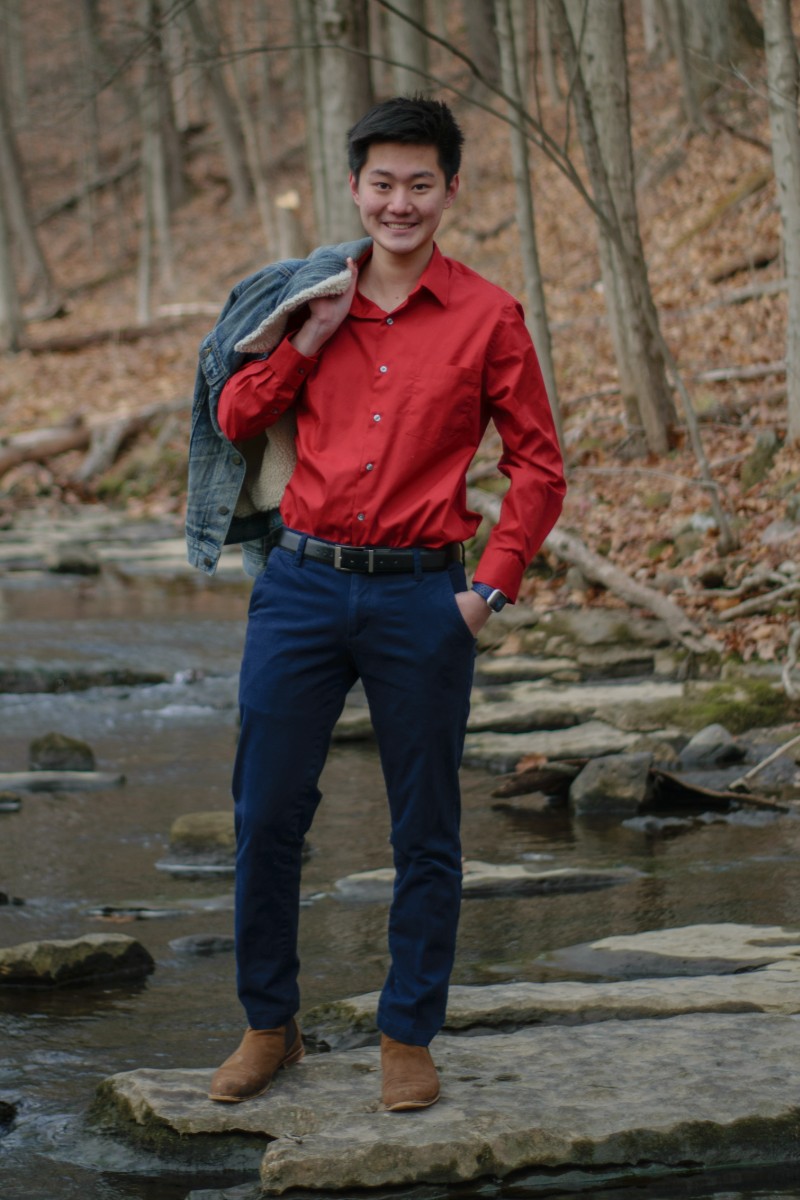 Shady Side Academy senior Steven D. Liu is one of only 300 students who were named Top Scholars in the 2022 Regeneron Science Talent Search, the nation's oldest and most prestigious science and math competition for high school seniors. Liu is one of just six students from Pennsylvania and two from the Pittsburgh region to receive this prestigious STEM honor.

The 300 Top Scholars – and their high schools – will be awarded $2,000 each. The School Award recognizes excellence in teaching and school support of individual student researcher, and is to contribute to excellence in STEM education at the recipient school.

The Regeneron Science Talent Search provides students with a national stage to present original research and celebrates the hard work and novel discoveries of young scientists who are bringing a fresh perspective to significant global challenges.

Liu's original research project is titled "Techno-Economic Assessment of a Cost and Quality-Based Algal Biodiesel Production Process." The research was conducted as part of the Research Science Institute (RSI), a prestigious six-week summer program sponsored by the Center for Excellence in Education and the Massachusetts Institute of Technology (MIT). Liu participated in the RSI in the summer of 2021 and was mentored by Dr. Jean-Francois Hamel, of the MIT Chemical Engineering Department.

Liu also has been conducting research on algal biofuel for the past two years in SSA's McIlroy Center for Science & Innovation under the guidance of faculty advisor Dr. Devon Renock through SSA's Independent Study Program. That research won him a first-place award at the Pittsburgh Regional Science and Engineering Fair and a third place award at the National Junior Science and Humanities Symposium last spring and helped him earn admission to RSI last summer.

"This RSI project was a follow-up project based on my prior research with Dr. Renock, where I looked at making biodiesel from algae physically in a laboratory," said Liu. "However, for the RSI project, I used a software simulation to scale up the production process to the factory level. Without guidance from Dr. Renock with my first project, this biodiesel simulation project would never have happened."

The Regeneron Science Talent Search scholars were selected from 1,804 applications received from 603 high schools across 46 states, Washington, D.C., Puerto Rico and eight other countries. Scholars were chosen based on their exceptional research skills, commitment to academics, innovative thinking and promise as scientists as demonstrated through the submission of their original, independent research projects, essays and recommendation. The 300 scholars hail from 185 American and international high schools in 37 states, China, Switzerland, and Singapore, including three homeschools. The full list of scholars and their projects can be viewed here.

On January 20, 40 of the 300 scholars will be named Regeneron Science Talent Search finalists. The finalists will then compete for more than $1.8 million in awards during a weeklong competition taking place March 10-16.

Congratulations, Steven, and good luck in the finals!