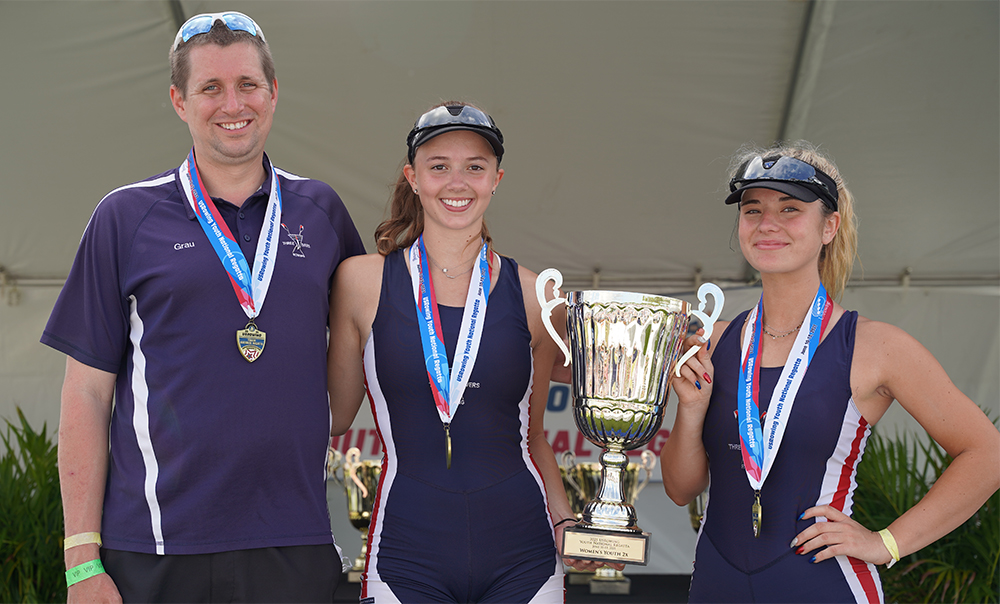 In the Youth Women's 2x event, a boat consisting of two rowers each using two oars, Jochims and her boat partner, Audrey Lyda, a rising freshman at the University of Miami who attended The Ellis School, posted the fastest time in both preliminary time trials on June 10 and in the semifinal heats on June 11. On June 13, their boat bested the field by more than 3 seconds, taking home the national championship title.

Jochims rows with Three Rivers Rowing in Pittsburgh and is a member of the SSA girls prep ice hockey team. Through her junior year, she has earned varsity athletic recognition in all nine terms for rowing and ice hockey.

Just a few days after returning from her national championship, Jochims traveled to the Chula Vista Olympic Training Center in Chula Vista, Calif, where she is competing for a seat on the USRowing Women's U19 Junior National Team in advance of the 2021 World Rowing Championships held Aug. 11-15, in Plovdiv, Bulgaria.