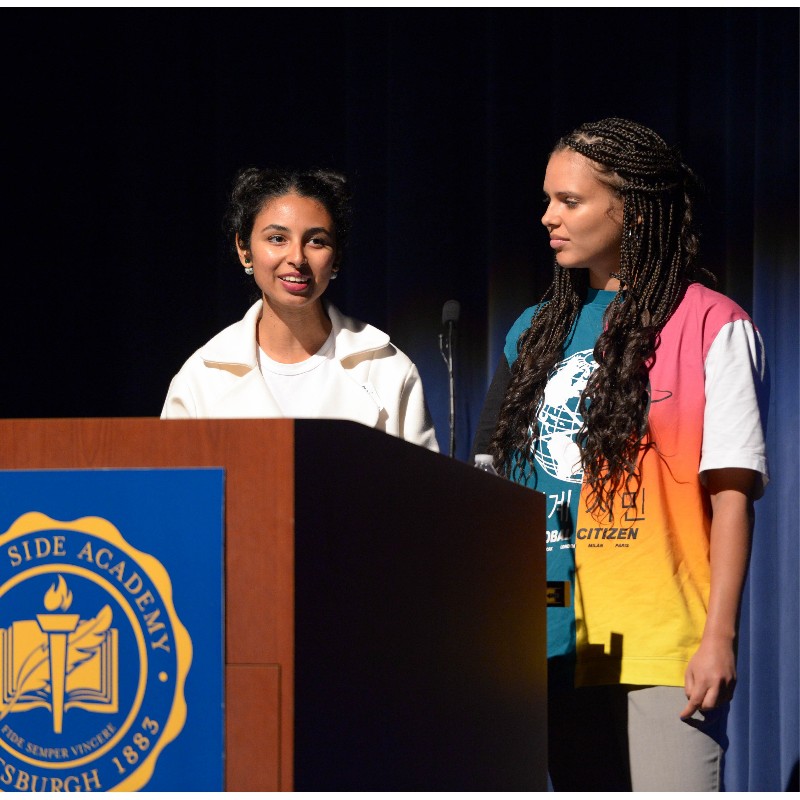 Shady Side Academy alumna Pooja Tripathi '10 and Dionne van den Berg, who together lead the female-driven film production company Fountain Avenue Productions, spent the morning at Shady Side Academy Senior School on Friday, Oct. 4, to screen their new web series, Amsterdam Ave., and speak with students about their careers as filmmakers.

Tripathi and van den Berg were guests at community assembly, where they spoke about their careers and then screened the trailer and first episode of Amsterdam Ave. for the student body. Triapthi recalled wanting to be a doctor when she was a student at SSA, but that one day in an advisory group meeting, teacher Matt Weiss told her "You're going to be on TV someday," and it really stuck with her. She went on to attend Carnegie Mellon University, where she began as a pre-med major before switching to business administration and met van den Berg on a study abroad experience in France. After graduating from CMU, Tripathi worked in the fashion industry in New York City before reconnecting with van den Berg and joining Fountain Avenue Productions as an executive producer. 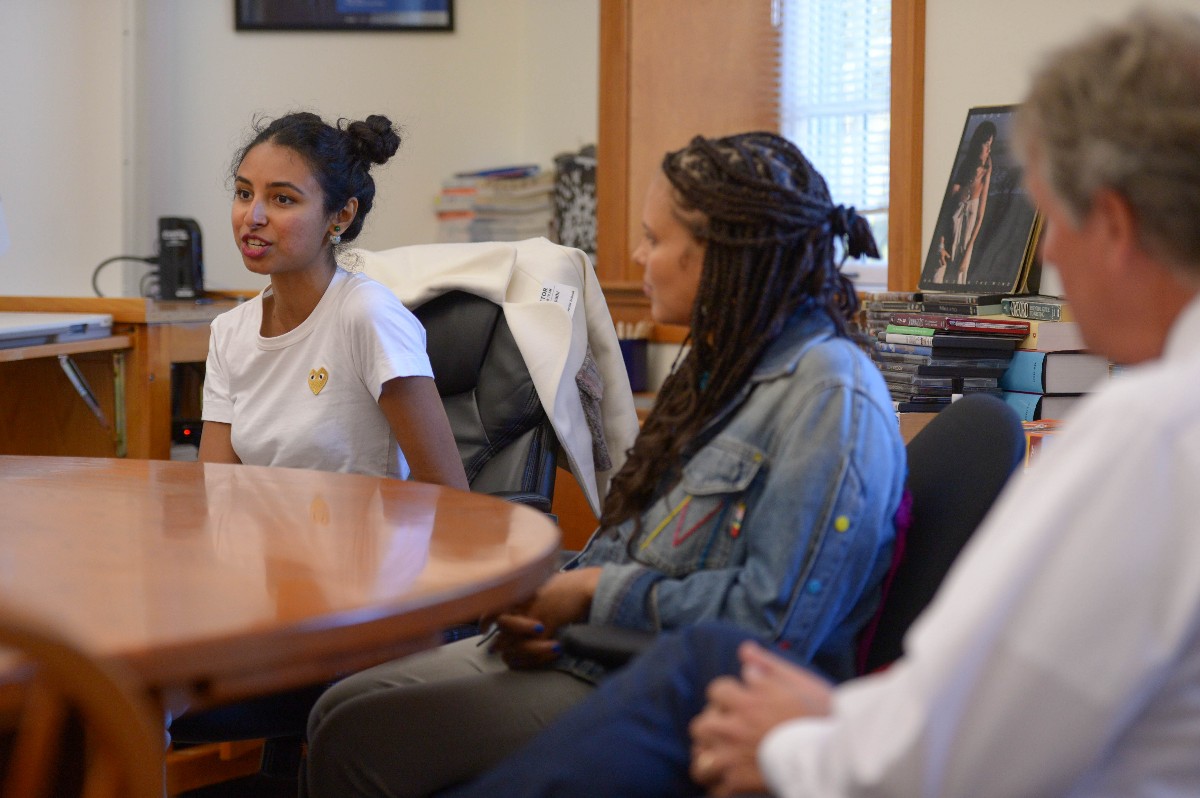 After assembly, Tripathi and van den Berg were guests in Jeff Miller's film class, Modern Narratives, and had lunch with students in the WSSA Film Club, advised by James Knox.

Amsterdam Ave is a dramedy web series about two girls, one Dutch and one American, switching places to follow their dreams while living in Amsterdam and New York City. Tripathi and van den Berg co-wrote, co-produced and co-star in the series, which is scheduled to launch on YouTube in November.

A world premiere screening of the first two episodes of Amsterdam Ave. was held in New York City on Sept. 12, followed by a screening in Chicago on Sept. 25. A screening will be held in Pittsburgh at Carnegie Mellon University, Tripathi's college alma mater, on Wednesday, Oct. 9, at 6:30 p.m. (register here), followed by additional screenings in the Netherlands. 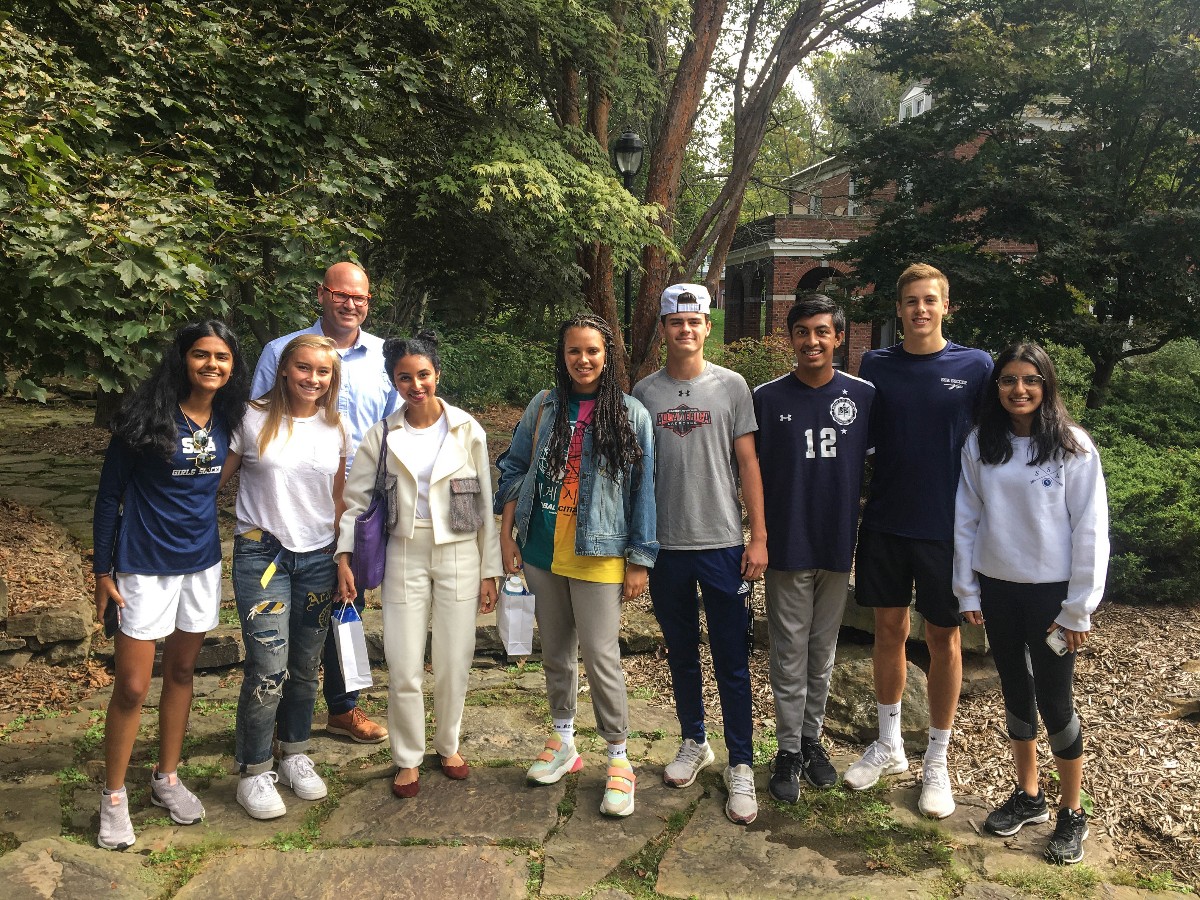 Thank you, Pooja, for coming back to Shady Side to share your experience and work with our students!