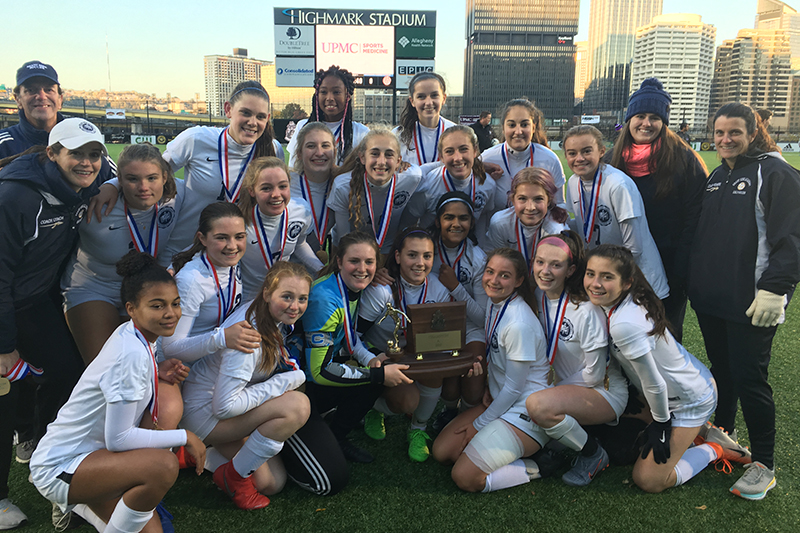 Sophomore Gabby Hill-Junke and junior Melissa Riggins each scored a goal in the first half to lead Shady Side to its fourth WPIAL Class A title.

SSA moves on to the state playoffs and will face Everett on Tuesday, Nov. 5, at Hampton High School at 6 p.m. in the 2019 PIAA 1A Girls' Soccer Championship. SSA won the state title in 2017.

Congratulations to Head Coach Mary Lynch and the team on the WPIAL title, and good luck in the state playoffs!