On Wednesday, Nov. 13, the Shady Side Academy girls' soccer team defeated rival Greensburg Central Catholic, 4-1, in the PIAA 1A semifinals at Peters Township High School to advance to state finals for the third time in four years. 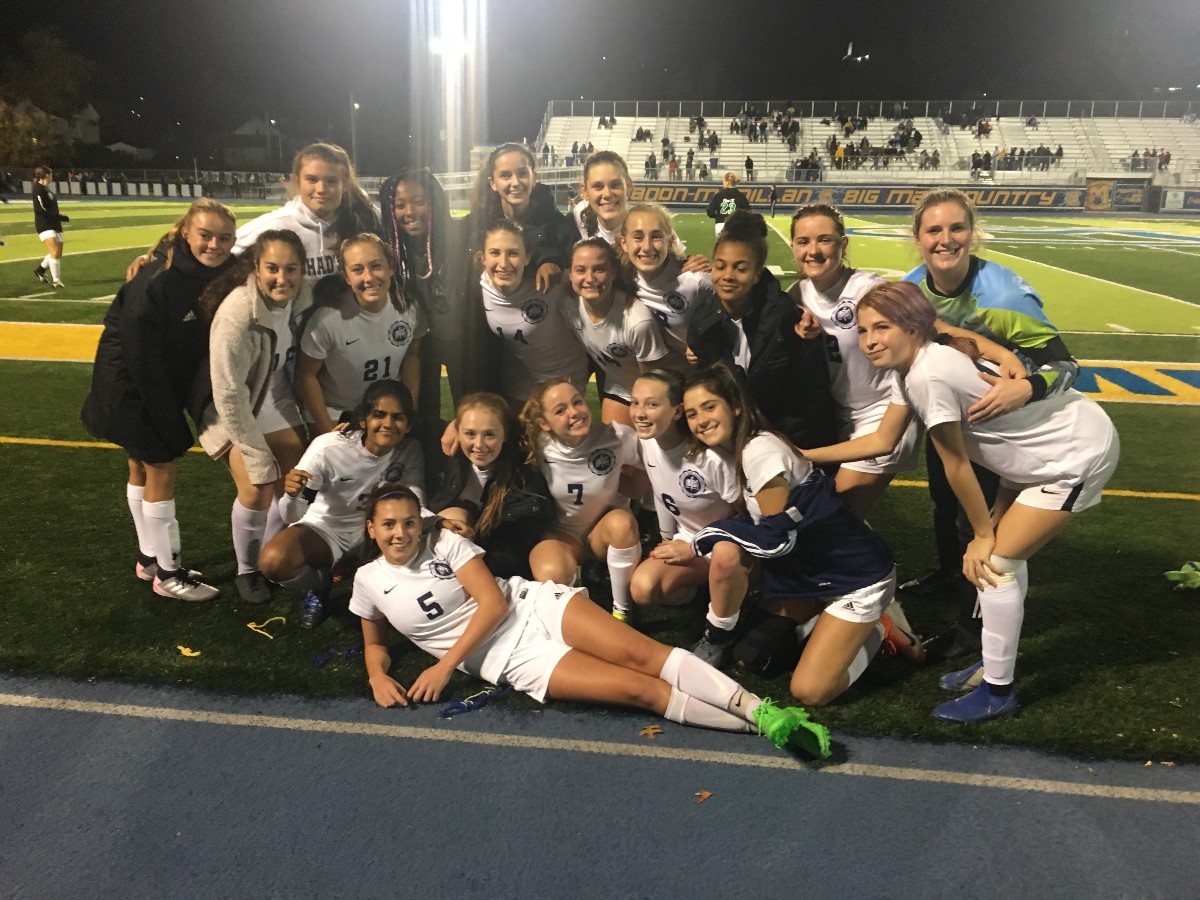 After the teams battled through a scoreless first half, sophomore Gabby Hill-Junke opened the scoring for Shady Side in the second half, followed by a goal from senior Nina Singh and two goals from senior Callie Davis.

Shady Side (20-1) will compete against District 3 champion Camp Hill for the PIAA title on Saturday, Nov. 16, at 11 a.m. in Hersheypark Stadium. SSA defeated Camp Hill, 4-0, in the 2017 finals to win its first ever PIAA crown.

Good luck to Head Coach Mary Lynch and the team in the state championship in Hershey!