Freshman Will Appear in Pittsburgh CLO's A Musical Christmas Carol on WQED in December
Dec 7 2020 4:12 PM

Shady Side Academy freshman Jack Engel appears in the Pittsburgh CLO's production of A Musical Christmas Carol that will be broadcast by WQED in December 2020. Since the show cannot be performed live on stage this year due to COVID-19, the CLO has partnered with WQED to keep this Pittsburgh holiday tradition alive for the 29th consecutive year by broadcasting the 2018 production, which was recorded live at the Byham Theater.

The performance will air on WQED-TV on the following dates: 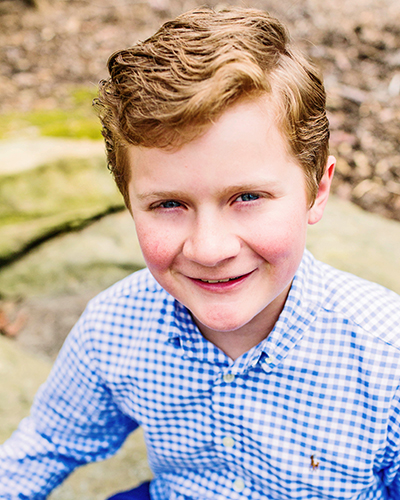 The show will also be available to stream online for free on the WQED website from Dec. 11-31.

Engel, who was in seventh grade at SSA Middle School at the time, plays the role of Cratchit Child in the 2018 show.

Engel also appeared in the Pittsburgh CLO's A Musical Christmas Carol in 2017 and The Full Monty in 2018, as well as Opera Theater Pittsburgh's The Magic Flute. He performed in the SSA Middle School winter musicals all three years, including Peter Pan Jr. (2018), All Shook Up (2019) and The Addams Family (2020).

Tune in to see Jack perform, and to enjoy the holiday magic of the Pittsburgh CLO!