There are no news posts to display
Skyy Moore '19 Drafted by NFL's Kansas City Chiefs in Second Round
May 3 2022 8:54 AM 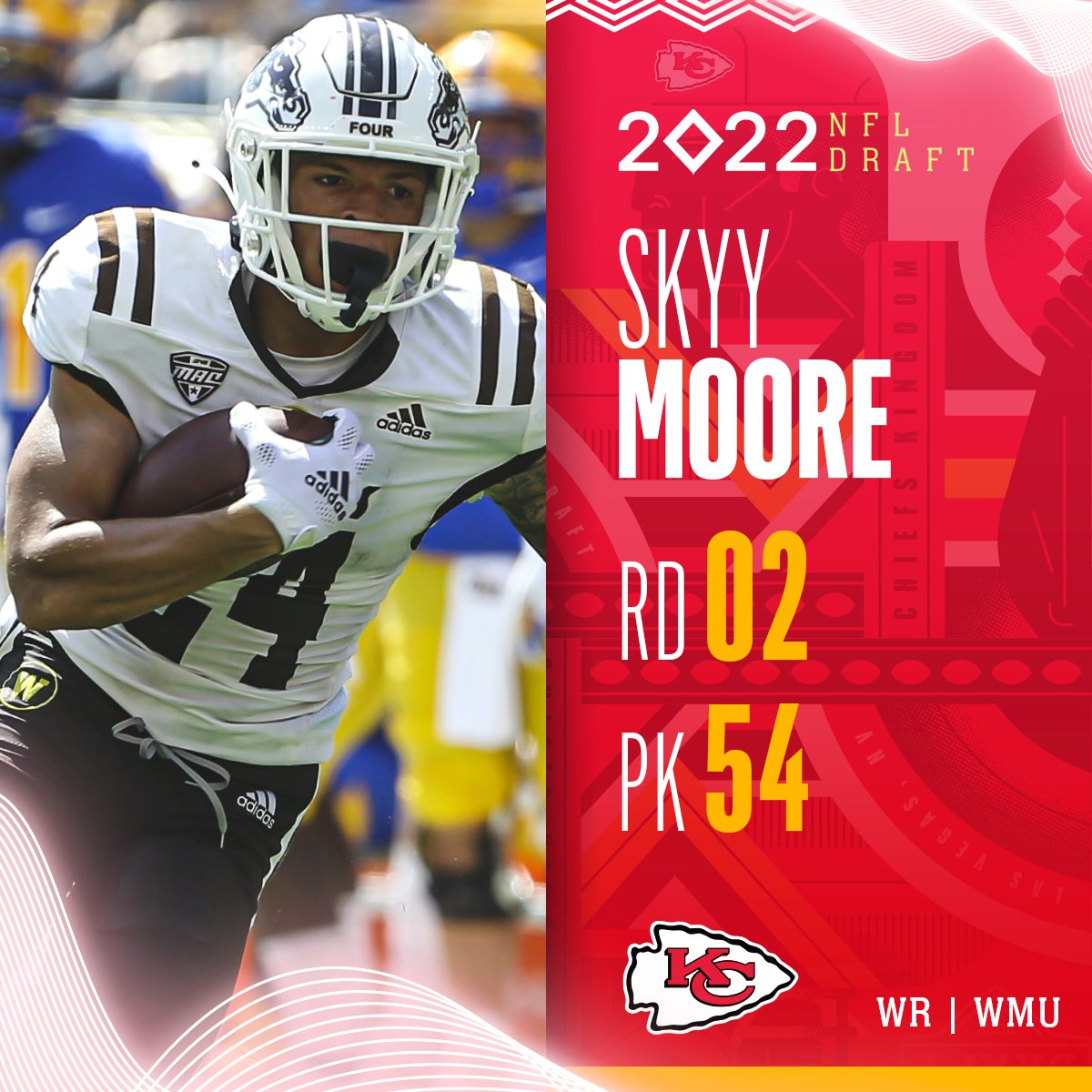 Shady Side Academy alumnus and Western Michigan wide receiver Skyy Moore '19 was selected by the Kansas City Chiefs in the second round of the 2022 NFL Draft on April 29, 2022, making him the 54th pick overall in the draft.

A native of New Kensington, Pa., Moore played quarterback and defensive back at SSA. As a senior in 2018, he led Shady Side to a 9-0 regular-season record, an Allegheny Conference title and a No. 1 ranking in WPIAL Class 2A, while earning all-state, all-conference and Allegheny Conference Offensive Player of the Year honors. He is the first player in WPIAL history to run and pass for more than 1,000 yards in two seasons. Moore went on to play for NCAA Division I Western Michigan University, where he switched to wide receiver and was a two-time first-team All-MAC selection during his three years with the Broncos. As a junior in 2021, he tied for ninth in the FBS with 95 receptions for a team-high 1,292 yards and 10 scores in 12 starts.

Moore declared for the 2022 NFL Draft in January and had a strong showing at the NFL Combine in early March, impressing scouts with his speed (4.41 in the 40-yard dash), work ethic and large, sure hands. ESPN football analyst Mel Kiper called him "the most underrated player in this draft at any position."

In joining the Chiefs, Moore will catch passes from one of the NFL's top quarterbacks, All-Pro and Super Bowl MVP Patrick Mahomes.

Watch the moment when Skyy got the call from the Chiefs on draft day: