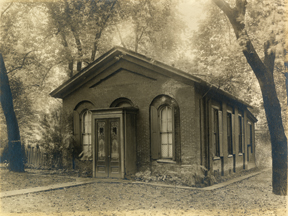 Shady Side Academy was founded in a one-room schoolhouse in the Shadyside section of Pittsburgh in 1883. Since its founding, Shady Side Academy has seen many changes, including the addition of a Junior School in 1909, the move of the Senior School from the city to a "country" locale (Fox Chapel) in 1922, a merger with The Arnold School in 1940, the opening of the first standalone Middle School in Western Pennsylvania in 1958, coeducation in 1973, and a 2017 merger with Fox Chapel Country Day School, which gave the Academy a second elementary school campus, Country Day School.

Today, Shady Side Academy enrolls more than 1,100 students across four beautiful campuses, offering a unique and balanced education of academics, arts and athletics and a diverse and inclusive learning community. Nearly 100 percent of SSA graduates go on to further their education at a four-year college or university. The Academy boasts an extensive global network of alumni who remain an important part of the Shady Side community.

The Academy celebrated its quasquicentennial (125th) anniversary in 2008-2009.